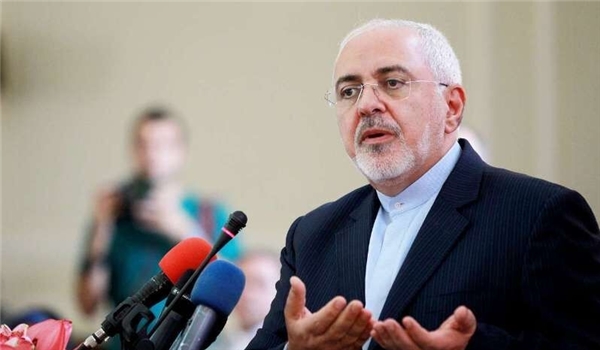 "Don't believe the hype: Iran triggered #JCPOA DRM on at least 6 occasions (in ref to US AND E3 violations)," Zarif wrote on his Twitter account.

He gave a list of the efforts to activate DRM for six times:

- On November 6, 2018 due to violation of JCPOA by the US and three European states

- On May 8, 2019 due to violation of JCPOA by the US and three European states

"I will be publishing all my letters shortly," he wrote.

In mid-January, Zarif in a meeting with High Representative of the European Union Josep Borrell underlined Tehran's willingness to continue cooperation with the EU, but meantime, called on the block to change its behavior towards Iran and the nuclear deal.

The meeting was held in India on the sidelines of Raisina Dialogue conference on January 16.

While enumerating mistakes and impracticality of European countries involved in Iran’s nuclear talk [including France, UK and Germany] with regards to lack of fulfilling their commitments under JCPOA, “the recent move taken by EU3 in activating Dispute Resolution Mechanism (DRM) is rejected,” Zarif said in the meeting.

The Islamic Republic of Iran is ready to establish close cooperation and collaboration with the new EU foreign policy chief, he added.

European states involved in Iran's nuclear talk [including Britain, France, and Germany] started a process that could lead to the United Nations' sanctions being re-imposed on Iran and the collapse of the 2015 nuclear deal after triggering the deal’s Dispute Resolution Mechanism (DRM).