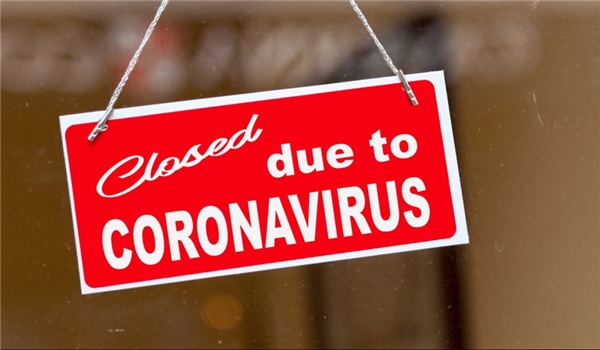 As the Chancellor, Rishi Sunak, prepares to deliver his summer statement next Wednesday, the Shadow Work and Pensions Secretary, Jonathan Reynolds, said, “Nothing we’ve seen so far suggests that their response matches the gravity of the situation”, according to The Guardian.

Tens of thousands of job losses have been announced in recent weeks in sectors ranging from airlines to retail, and the claimant count measure of unemployment has more than doubled to 2.8 million since the pandemic began.

The government’s job retention scheme, which is currently paying 9.2 million workers’s wages, is due to be wound down in the autumn.

Reynolds cited recent analysis from the Institute for Employment Studies which found that without intervention, a second wave of job losses as the furlough scheme is unwound could lead to the claimant count soaring to 4 or even 5 million.

“I cannot understand why the employment side of this crisis is not the main thing people are talking about. They can see it around them. The furlough scheme has touched every community,” he noted.

Prime Minister Boris Johnson told the Evening Standard on Friday that the job retention scheme was “keeping people in suspended animation” and must end in October.

Employers are being asked to make a progressively larger contribution to the costs of the scheme over the summer months. It is unclear whether alternative forms of support will be put in place to extend the help for hard-hit sectors such as hospitality or the arts.

“There should definitely be flexibility on the furlough scheme. That’s the biggest difference you could make. Extending it beyond the date that has been given, and recognising that some sectors can’t possibly make a contribution at this stage,” Reynolds continued.

He was scathing about the government’s decision to reintroduce benefits sanctions, which have been suspended during the crisis. It means claimants can again be financially penalised if they miss appointments.

“Unemployment is high, vacancies are down, the schools aren’t back, people are shielding – the idea that the answer to that is to dock people’s social support because they’re not out looking for jobs … it just looks unthinkable,” he stated.

Confirmation that sanctions were being restored only came after Reynolds asked the question of his opposite number, Thérèse Coffey, in the House of Commons.

As well as extending the job retention scheme, Reynolds urged the government to introduce something like the Future Jobs Fund, the programme drawn up by Labour during the 2008 financial crisis, which created 100,000 taxpayer-funded jobs for unemployed 18- to 24-year-olds.

Johnson has said young people will be offered an “opportunity guarantee”, giving them the chance of a work placement or apprenticeship; but it is unclear how this will be achieved.

Reynolds claimed Johnson’s cabinet may be failing to grasp the gravity of the situation because “a lot of people in government are just so far removed from people who are going to be looking for jobs”.

He added, “Politicians often overstate their memories of what it was like when they were growing up, but in the north-east in the 1980s – the miners’ strike, the shipyard closures – my sense of unemployment being the biggest problem around is definitely one I have from childhood."

“And I think we know that if you’re unemployed during a crisis, the impact of that in years to come, you never really recover. It has such a scarring impact,” he announced.

As the man with the job of drawing up Labour’s benefits policy for the next general election, Reynolds argues that the pandemic should be a “Beveridge moment” for the welfare state.

Sunak poured £7bln into uprating universal credit and working tax credit payments in March, in what Reynolds says was an implicit acknowledgement that the safety net was inadequate.

The government was also forced to create “whole new pillars of support” in the form of the job retention scheme and the self-employment support scheme because the generous “wage replacement” systems that exist in some other countries were not there, he said.

“You’ve seen even the government say: ‘The system we’ve got isn’t going to get us through this crisis’,” Reynolds added.

Reynolds first won his Stalybridge and Hyde seat in 2010, just as Labour lost power after 13 years. Before that he had worked for his predecessor in the seat, James Purnell.

He has held a series of frontbench jobs since then, including rejoining Jeremy Corbyn’s team as shadow chief secretary to the Treasury after Corbyn saw off Owen Smith’s leadership challenge in 2016.

After Corbyn stepped aside in April, Reynolds was one of several younger MPs handed prominent roles by Keir Starmer. He turns 40 next month.

Like his frontbench colleagues Nick Thomas-Symonds and Annaliese Dodds – Starmer’s shadow home secretary and chancellor respectively – Reynolds has a reputation among colleagues for being clever, hard-working and unshowy.

He has previously flirted with ideas considered radical in Labour, including striking electoral pacts with other left-of-centre parties in a so-called “progressive alliance”.

His views on the future of the welfare state are being closely scrutinised by the Labour left for clues as to whether Starmer will abandon aspects of Corbyn’s legacy.

Asked whether he stood by Labour’s promise to replace the universal credit system, Reynolds stated “We use the language of full replacement, because we are clearly opposed to some of the features of it, like the two-child limit and the benefit cap, and we feel the brand is too tarnished. And also we reject the ethos behind it – that punitive, stick-based system.”

But he conceded that any new system would share key features with UC, including bundling once separate benefits into a single payment.

“I’m listening to what people say, but my instincts are: because of the lack of a legacy system to go back to, there are merits in combining particularly out-of-work support and in-work support and housing benefit at the same time,” he said.

And it would make sense to bundle council tax benefit into the same payment, he added.

Reynolds has previously expressed interest in the fashionable idea of a universal basic income – a flat-rate payment made to everyone. But he said there was no “magic wand” to resolve the complex challenges the welfare system needs to meet.

“UBI comes up a lot in conversations with members. I’ve always been interested in it because I don’t like means-testing, and I think there’s something in that,” he noted.

But he warned that the idea faced “two very significant conceptual problems that might be so big they don’t have answers”: how to treat disabled people in the system, “because obviously disabled people need more support and they should get it”; and the wide variation in housing costs across the country caused by the dysfunctional housing market.

He said Labour had “struggled” politically on welfare in the decade he has been in parliament, as the Conservatives imposed successive waves of benefits cuts.

“It was George Osborne who was in the ascendancy after 2010 and we were reacting to it,” he continued, referring to the former chancellor’s language of “strivers” and “skivers”.

“It was good politics for the Conservative party – you’d hear those words sometimes repeated back at you when you were canvassing – but it has left us fundamentally with a safety net that wouldn’t have got us through a crisis like this,” he noted.