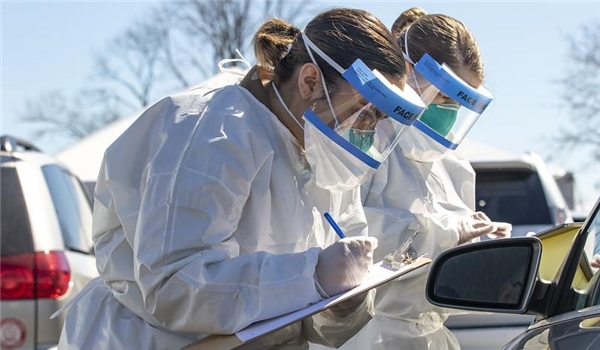 A US government program aimed at supporting nationwide testing efforts has been “beset by logistical problems that impede our pandemic response and undermine our shared goals”, Washington state Secretary of Health John Wiesman wrote in a letter to US Assistant Secretary for Health Admiral Brett Giroir, RT reported.

Wiesman claimed that his state had received around 250,000 bulk-packaged swabs from the federal government, which had to be individually re-sterilized in order to meet quality standards.

He noted that the US government was shipping medical supplies that lacked proper labeling and temperature control – a problem exacerbated by the fact that the items were arriving late.

The setbacks have resulted in “significant delays and costs” to the state’s COVID-19 response, Wiesman stated.

Launched two months ago, the federal program provides weekly shipments of swabs, chemicals, and other medical supplies used to collect samples for COVID-19 tests. The Department of Health and Human Services announced that starting in July, swabs would be individually wrapped to protect against contamination.

This isn’t the first time that coronavirus testing has suffered from possible contamination issues. A federal review found last month that the initial tests used by the Centers for Disease Control and Prevention (CDC) were faulty due to “anomalies” during manufacturing. Several US states have seen a sharp increase in coronavirus cases, with some regions struggling to keep up with demand.

Although COVID-19 deaths have shown a downward trajectory, a number of states have re-imposed restrictions purportedly to stop the spread of the disease. However, the efficacy of these measures has come under increasing scrutiny.

A recent study found that states which remained opened or adopted a “light touch” policy to combat the illness have seen fewer deaths per million than states which opted for stricter lockdowns.