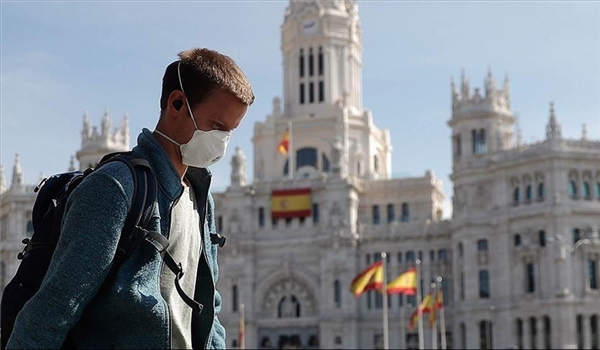 TEHRAN (FNA)- The government of Catalonia announced on Saturday that the county of Segria will be placed under lockdown to try to contain the spread of COVID-19.

Residents were informed of the lockdown around an hour before the confinement which is due to come into effect at 12 pm local time, Anadolu news agency reported.

The government has announced that people can enter the region until 4 pm Saturday. After that, no one will be allowed to leave or enter the area unless for essential purposes like work.

Catalan President Quim Torra called the decision “difficult” in a press conference but stated the decision came after a “notable growth in COVID-19 cases”.

The Catalan Health Ministry confirmed 4,030 cases of COVID-19 in the province of Lleida on Friday, an increase of 60 from Thursday.

The county of Segria includes the city of Lleida. It is home to around 200,000 people.

Segria, in the Northeast of Spain, borders the Spanish region of Aragon, which became the first Spanish region to declare local lockdowns since the country’s state of emergency came to an end on June 21.

The outbreaks in Lleida involve fruit-picking businesses, an apartment building, a nursing home, and a shelter for homeless people.