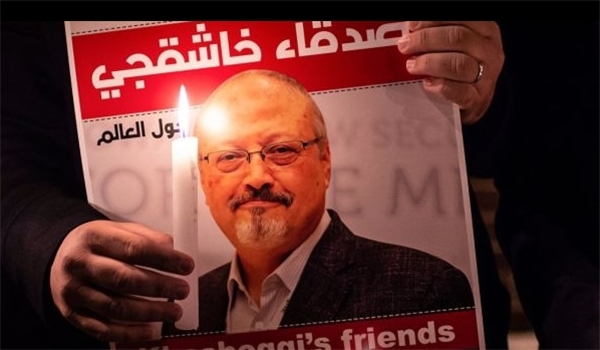 Khashoggi’s Turkish fiancee, Hatice Cengiz, and the UN Special Rapporteur Agnès Callamard waited for the judges to arrive in a courtroom at the imposing courthouse complex in Istanbul’s Çağlayan neighbourhood before the trial began on Friday. Both women are hoping it will shed more light on the grim circumstances of the journalist’s death and reveal what happened to his remains, The Guardian reported.

Khashoggi, 59, was once a member of the Saudi elite, but broke ranks after growing uneasy about the swift rise to power of Prince Mohammad. He moved to Washington DC, starting a new life as a columnist for the Washington Post.

He visited the Saudi consulate in Istanbul on 2 October 2018 to collect paperwork for his upcoming marriage to Cengiz, but never emerged from the building.

Khashoggi’s gruesome killing stunned Saudi Arabia’s Western allies, plunging the kingdom into its worst diplomatic crisis since the 9/11 attacks. It also irreversibly tarnished Prince Mohammad’s image as a liberal reformer after questions were raised over how such an operation could have been carried out without his consent or knowledge.

The CIA, along with several Western governments, eventually concluded that the crown prince was involved in Khashoggi’s assassination. The kingdom has denied such claims, instead blaming rogue agents who it says took a repatriation mission too far.

Saudi Arabia has rejected Turkish calls for the suspects’ return to face trial in Turkey. In December last year, a Saudi court sentenced five unidentified people to death over Khashoggi’s killing but in effect exonerated men close to Prince Mohammad.

The Saudi prosecutors also ruled there had been no premeditation to kill at the beginning of the repatriation mission, a finding at odds with a UN inquiry published in June 2019 and the Turkish indictment.

Callamard, the UN special rapporteur who authored the inquiry into Khashoggi’s death but was barred from access to the secretive Saudi trial, called the ruling in Riyadh a mockery of justice.

The Turkish investigation has also been marred by accusations of bias: Ankara has used the killing to exert pressure on its Saudi regional rivals, drip-feeding lurid details to the media and sharing damning audio recordings of the murder with other governments.

Callamard and several rights groups have repeatedly called for an independent international investigation into the journalist’s death.