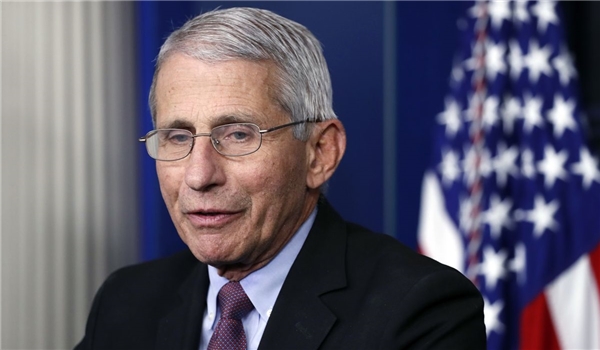 According to data compiled by Johns Hopkins University, the nation on Wednesday reported 50,203 new coronavirus cases, bringing the total to more than 2.68 million. The figure is markedly higher than the previous record of 45,255 cases, recorded last week on June 26.

Fauci, director of the National Institute of Allergy and Infectious Diseases, said the last several days have been the bleakest yet for the United States, where there have been more COVID-19 infections than anywhere else in the world.

“What we’ve seen over the last several days is a spike in cases that is way beyond the worst spikes that we’ve seen. That is not good news,” he said during an interview with BBC News that aired Thursday.

More than half of the new cases each day come from Arizona, California, Florida and Texas, which make up about 30 percent of the country’s population. Fauci has previously warned that daily cases nationwide could top 100,000 if people do not work together to slow the spread of the virus.

As of Wednesday, more than 10.7 million people have been diagnosed with COVID-19. The global death toll currently tops 500,000, including more than 130,000 Americans killed by the disease.