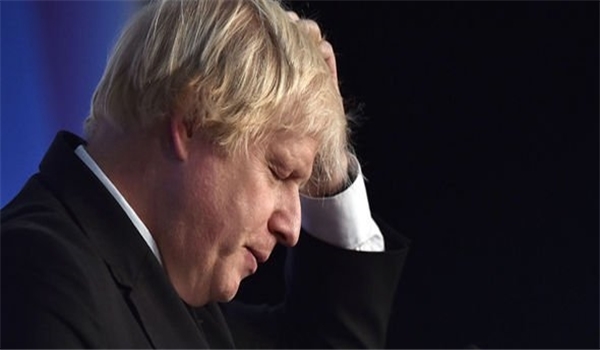 TEHRAN (FNA)- Prime Minister Boris Johnson warned of a “real, real crisis” ahead for jobs, as he set out plans to bring forward infrastructure spending plans to shore up the UK’s economy after the coronavirus pandemic.

In a major speech to relaunch his premiership which was overshadowed by the reimposition of lockdown to deal with a COVID-19 upsurge in Leicester, the prime minister acknowledged that many of the jobs which people had in January “are not coming back” when chancellor Rishi Sunak’s furlough scheme ends in October, according to The Independent.

He did not rule out unemployment busting through the 3.3 million level seen under Margaret Thatcher in the 1980s, but promised government action to "build, build, build" in order to create “thousands” of new high-skilled jobs, as well as a guarantee of apprenticeships or in-work placements for young people.

Johnson said that the UK was facing a “generational challenge” and now needed to be prepared to deal with “the next wave of this crisis”.

Speaking at further education college in Dudley, the prime minister attempted to compare his package to the New Deal deployed by Franklin Roosevelt to lift the US out of the Great Depression of the 1930s.

But his £5 billion in accelerated investment in hospitals, schools and transport links amounted to only a tiny fraction of the sums spent by Roosevelt, estimated by some economists at as much as 40 percent of the country's GDP.

Johnson acknowledged that many of the jobs sustained by Sunak's job retention scheme - which covers 80 percent of pay up to £2,500 a month for those who would otherwise be laid off - will be lost as the furlough arrangements are rolled back from the end of July.

"We know in our hearts that the furloughing cannot go on forever," noted the prime minister, adding, "And as the economy recovers we also know that the jobs that many people had in January are also not coming back, or at least not in that form.

"And we know that is our biggest and most immediate economic challenge that we face," he continued.

Johnson stated that the UK had suffered a "vertiginous fall in GDP" during the COVID outbreak, and acknowledged that people are "worried now about their jobs and their businesses and we are waiting as if between the flash of lightning and the thunderclap with our hearts in our mouths for the full economic reverberations to appear”.

He said, “We must use this moment – now – this interval to plan our response and to fix of course the problems that were most brutally illuminated in that COVID lightning flash.”

The PM set out plans to bring forward spending of £1bln for 50 schools and £1.5bln on further education colleges and £15bln for hospital maintenance in England, and added that details would be unveiled shortly on reforms to the social care system, plans for the previously announced rebuilding or refurbishment of 40 hospitals and investment in transport links.

He announced proposals to relax planning laws to allow empty shops and offices to be converted more easily into homes.

He risked triggering concerns about building on the green belt when he said he wanted to allow construction "on brownfield sites and other areas".

Johnson did not rule out breaching the Conservative manifesto pledge not to raise rates of income tax, VAT or national insurance in order to fill the black hold in the UK's public finances left by the coronavirus crisis.

Asked whether the tax pledge remained intact, he stated only, “I think you should really wait to see what the Chancellor has to say in the course of the next few weeks and months."

“But I remain absolutely determined to ensure that the tax burden, in so far as we possibly can. is reasonable and that we continue to be a dynamic, competitive, open market economy,” he added.

Suggesting that people should clap not only for health and care workers but also for "innovators ... capitalists and financiers", the PM hinted that he would not be raising taxes on the rich by saying he did not want to launch "some punitive raid on the wealth creators".

CBI director-general Carolyn Fairbairn said the coronavirus outbreak risks "fracturing communities for a generation" and Johnson's package offered "the first steps on the path to recovery".

But she added, “Foundations are there to be built on. More is needed to prevent the uneven scarring unemployment leaves on communities."

“The reality is that longer-term plans will falter without continued help for firms still in desperate difficulty. Government intervention so far has saved countless jobs, yet anxious months for many still lie ahead. The focus on rescuing viable firms cannot slip while the UK looks to recovery, or earlier efforts could be wasted,” she noted.

"Today we face the biggest economic crisis in a generation," said O'Grady, adding, "Without big fast action, millions face the misery of unemployment. Today’s announcements from the prime minister fall far short of what is needed.

“I hope next week's emergency budget will see ministers take some real action. If the prime minister wants to match the scale of Roosevelt's ambitions, he needs to deliver at least £150bln by 2024, not the reheated £5bln announced today," O'Grady noed.