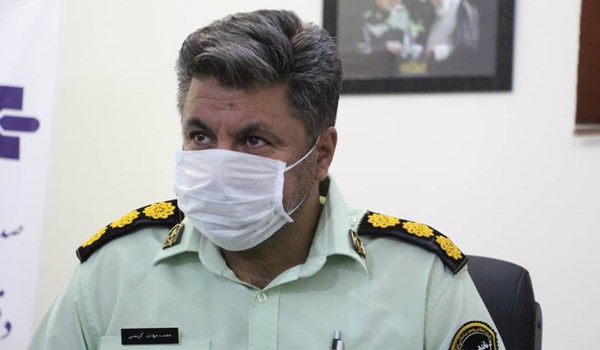 "We need advanced equipment to fight drugs smuggling, but the sanctions have caused us problems for acquiring those equipment," he added.

He reiterated that Iran discovers an average of 2.5 tonnes of drugs per day and prevents them from reaching other markets.

Colonel Karimi remined the western states of the consequences if Iran stopped fighting drug transit through its soil even for a month.

“We have tried to turn the threat of sanctions into an opportunity. Therefore, we have turned to our own domestic science-based companies and we are now using the capacity of our scientists in Iran to produce necessary equipment inside the country," he added.

Stressing that Iran has a 900-kilometer border with Afghanistan, Karimi said Iran is located on the transit route to Europe and the bulk of narcotics produced in Afghanistan are destined for European states.

Iran shares 1,600 kilometers of border with Afghanistan and Pakistan, and lies on the main trafficking route for poppy, the source of opium and heroin, from Afghanistan to Western Europe.

The country believes the international community must take joint responsibility and resume technical contributions to control drug trafficking and its impacts in the region and beyond.