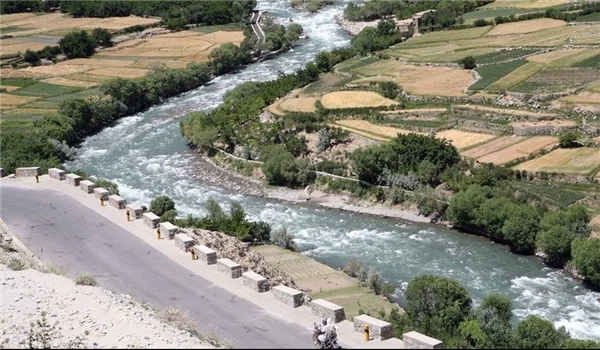 Ardakanian made the remarks in a meeting with Afghanistan's acting Foreign Minister Mohammad Haneef Atmar in Tehran on Monday.

“Joint projects related to Harirud River will be pursued by both sides,” he said.

“We have made good progress regarding joint water resources based on the 1973 Helmand treaty,” Atmar noted, adding, “Both sides decided to do technical and specialized studies in this field and cooperate with each other with regards to the rights of both nations.”

Harirud River originates from Afghanistan and flows across the common borders with Iran.

In a relevant event in early January, 2019, Ardakanian, in a meeting with Afghanistan's Deputy Minister of Energy and Water Khan Mohammad Takal, exchanged views on ways to bolster bilateral cooperation in the water and energy sectors.

During the January 6, 2019 meeting in Tehran, Ardakanian and Takal called for mutual cooperation between the two states for full implementation of 1973 Helmand Water Treaty.

In the meantime, the Afghan official, for his part, thanked Iran's support for Afghanistan in energy and water fields and called for promotion of two countries' bilateral cooperation.

In a related front, Iranian and Afghan commissaries held the 19th meeting of their joint committee in Tehran on January 5, 2019 to address the issue of the water right of the Helmand River.

The meeting kicked off in the morning in Iranian Ministry of Energy, aiming to address water right issues under 1973 Helmand River Treaty; talks are underway for better implementation of the agreements.

The two countries were represented by deputy ministers for the first time, planned through diplomatic coordination.

The joint committee of commissaries of Helmand water is held annually since 2005, under 1973 Helmand River Treaty; so far 18 meetings have been held in Iran and Afghanistan.