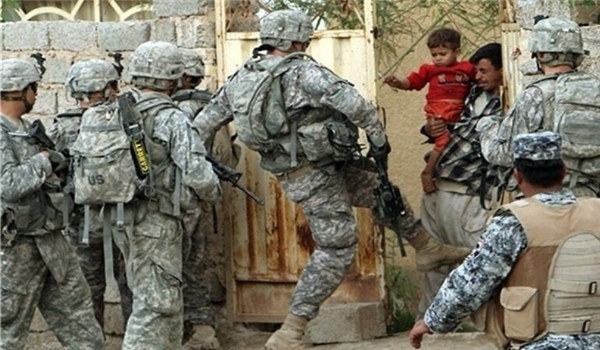 TEHRAN (FNA)- The Iranian Foreign Ministry lashed out at the American army for normalizing its murdering of civilians.

The tweet was released on the occasion of the US Human Rights Week.

In relevant remarks on Sunday, the Iranian Foreign Ministry condemned the US and European complicity in the crimes committed by the Mojahedin-e Khalq Organization (MEK also known as MKO, PMOI and NCRI).

"MEK is by all means a terror cult,” Iran’s Foreign Ministry tweeted on Sunday, adding, “Europe is home to this rogue entity & Americans taxpayers' money has funded the atrocities of this corrupt grouplet."

"Both have hands in the massacre of innocent Iranians by MEK," it noted.