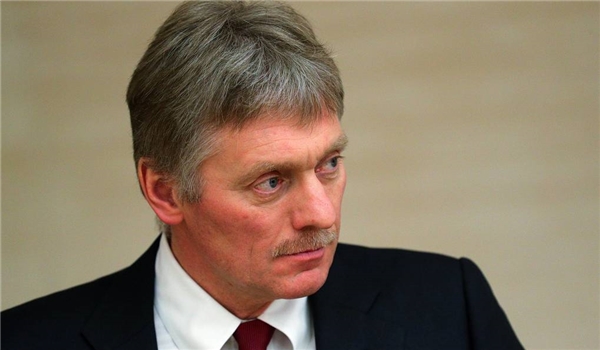 TEHRAN (FNA)- Kremlin Spokesman Dmitry Peskov blasted reports that Russia allegedly offered Afghan militants bounties for killing US military personnel as lies and an elaborate hoax. According to him, the topic was not discussed between the two leaders.

"These claims are nothing but lies," the Kremlin Spokesman stated, commenting on the publication of The New York Times, according to TASS.

"Once again, we can only express regret that once largest, reputable and high-quality world media outlets have been increasingly more often publishing elaborate hoaxes in the last few years, which definitely does not bode well with keeping up with their reputation and prestige," Peskov stressed.

"If intelligence services continue to be accountable before the president in the US, then I suggest you focus on the relevant statement of President [Donald] Trump who already evaluated these publications," he added.

When asked if President Vladimir Putin and Trump had had a phone call to discuss these allegations, Peskov said, "No."

On Friday, The New York Times claimed that an unidentified unit of the Russian military intelligence encouraged Taliban militants to attack military personnel of the international coalition in Afghanistan. The newspaper alleged that these conclusions of American intelligence services were presented for Trump’s judgment a few months ago, while the White House National Security Council discussed the topic in late March.

In turn, Trump revealed that he had not been briefed about any such attacks in Afghanistan. On Sunday, he took to Twitter to announce that the US intelligence did not find this information credible, slamming The New York Times report as "possibly another fabricated Russia Hoax, maybe by the Fake News" meant to tarnish the Republicans’ reputation.