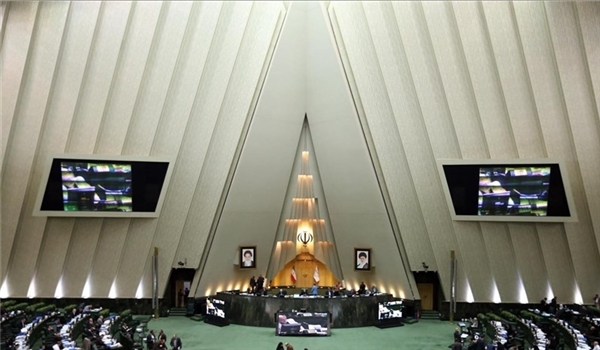 TEHRAN (FNA)- The Iranian parliament is closely monitoring the EU Troika’s conduct toward the Joint Comprehensive Plan of Action (JCPOA), a legislator said, noting that the parliament will give a suitable response to the bloc.

The path is clear and history shows that our national interests won’t be secured through negotiations, Deputy Chairman of the Parliament’s National Security and Foreign Policy Commission Abbas Moqtadayee said on Monday.

Negotiations will be meaningful only when our national interests are served, Moqtadayee added.

“Despite all concessions that the Iranian Foreign Ministry has offered to Westerners, today we see that America and the three European signatories of the JCPOA are flagrantly acting against Iran’s interests,” he noted.

Given that the IAEA Board of Governors’ anti-Iran resolution has been drafted with the proposal of European governments and via the US, Moqtadayee said, adding, ‘We, at the Parliament’s National Security and Foreign Policy Commission, are closely monitoring the behavior of Western countries, especially that of E3, and we are going to give proper response to them in different economic, trade, and diplomatic dimensions."

Iranian Members of Parliament (MPs), in a statement issued on June 19, warned the 3 European signatories to the nuclear deal that Tehran will reduce its diplomatic ties with the bloc if the trio keep ignoring their commitments under the agreement, cautioning that bearing animosity towards Iran will cost them dearly.

The statement, which was signed by the majority of Iranian lawmakers this morning, warns the three European governments that if they continued their hostility against the Islamic Republic, Iran would downgrade the level of its diplomatic relations with them.

According to the statement, the three European signatories to the nuclear deal, officially known as the Joint Comprehensive Plan of Action (JCPOA), will face Tehran’s hit-back if they continue to ignore commitments under the JCPOA.

The warning comes in response to a recent announcement by France, Britain, and Germany about their decision to trigger the dispute mechanism in the 2015 Iran nuclear deal, a step that could lead to the restoration of UN sanctions against the Islamic Republic.

European states involved in Iran's nuclear talk [including Britain, France, and Germany] started a process that could lead to the United Nations' sanctions being re-imposed on Iran and the collapse of the 2015 nuclear deal after triggering the deal’s Dispute Resolution Mechanism (DRM).