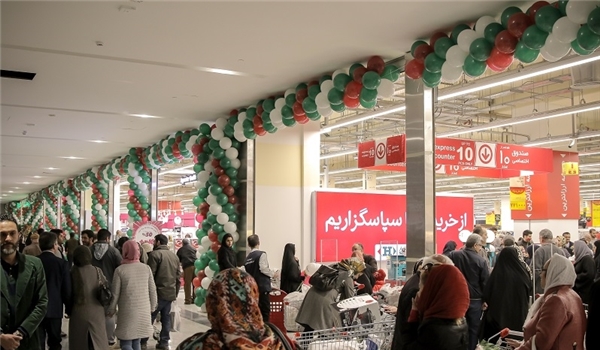 TEHRAN (FNA)- Iranian Parliament Speaker Mohammad Baqer Qalibaf said that economy and people's livelihood should be the main concern of officials, and noted that digital economy can solve many problems.

Economy and people's livelihood must be our main concern in the present conditions, Qalibaf said on Sunday.

Talking about digital economy means that we have a great opportunity to compensate for the past failures and take a shortcut to gain the greatest, he added.

The speaker stressed that ignoring the digital economy poses a threat to the country as other nations are making progress in this area.

Our young generation is capable of gaining great achievements especially in the field of the digital economy, Qalibaf stated.

He also expressed hope that economic deficiencies can be solved soon through cooperation and taking necessary measures.

In relevant remarks on June 16, President Hassan Rouhani said that despite all pressures and sanctions as well as the situation created by the coronavirus outbreak, the Iranian people have resisted well against all difficulties.

"No one thought that the economic pressures that started in 1397 and quickly negatively affected the country's economic growth would turn into positive economic growth in 1398, despite the intensification of pressures, while many experts predicted that by the end of 1398, inflation would be 3 digits, from the mid-1398, inflation in the country declined from above 40% to below 30% now," Rouhani said, addressing a meeting of Supreme Council of the Cultural Revolution in Tehran on June 16.

In a relevant development earlier in June, the Iranian legislators were reported as preparing a bill to fight against the US enmity and economic embargos against the country.

"Preparing the plan to confront the US hostile measures and economic sanctions against our country has started at the parliament," Abolfazl Aboutorabi, a senior MP, told FNA on Sunday.

He added that the plan is now being signed by the Iranian lawmakers, adding that it will be submitted to the presiding board to be approved and turned into a law.