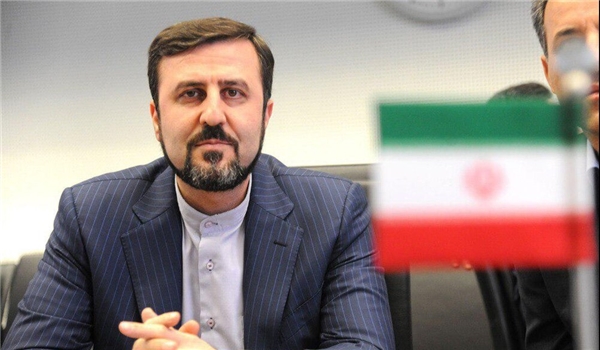 TEHRAN (FNA)- Iranian Ambassador and Permanent Representative to Vienna-Based International Organization Kazzem Qaribabadi mentioned his country’s successes in battling drug-trafficking, and noted that Tehran is the pioneer in the battle.

Qaribabadi referred to the report of UN Office on Drugs and Crime released last week, saying, 644 tons out of 704 tons of opium, 25 tons out of 97 tons of heroin, and 21 tons out of 43 tons of morphine worldwide have been discovered by Iran alone.

With the discovery of a total of 690 tons out of 844 tons of opium, heroin and morphine (equivalent to 82%), Iran is the flag-bearer of seizing opium and its derivatives in the world, he said.

According to the US report, Iran has confiscated some 100 tons of Hashish in 2018, Iran’s envoy added.

In relevant remarks on Friday, Kazzem Qaribabadi said Iran’s anti-narcotics campaign is not merely dependent on “fighting”, but it also includes other preventive measures.