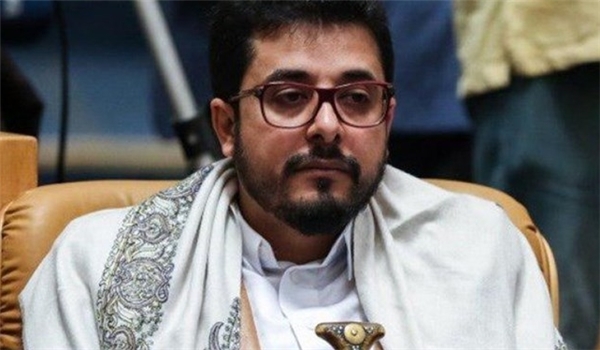 Dulaimi told the Arabic-language al-Masirah news channel that Iran's plans were based on the principle of non-interference of foreigners in the talks.

He added that the aggressive Saudi-led coalition has raised allegations of Iran's meddling in Yemen as a pretext to continue war against the Arab country.

Al-Dulaimi also underlined the UN failure for its wrong management of humanitarian talks in Yemen, saying that the regional organizations are not qualified either to mediate in any talks.

The aggression initially consisted of a bombing campaign but was later coupled with a naval blockade and the deployment of ground forces to Yemen. Hundreds of thousands of people have died since the war began, says Yemen’s Health Ministry.

The Saudi-led war has also taken a heavy toll on the country’s infrastructure, destroying hospitals, schools, and factories. The United Nations (UN) has said that a record 24 million Yemenis are in dire need of food, including 8.4 million threatened by severe hunger.