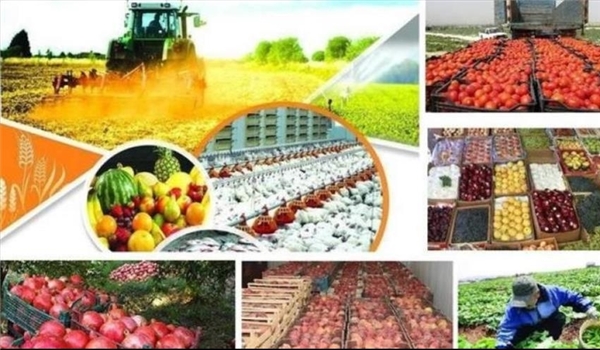 TEHRAN (FNA)- Iranian annual farm output will increase at the end of the current calendar year (late March 2021) as the country still relies on agricultural exports as a main source of earning hard currency, according to an official.

Deputy Agriculture Minister for planning Shahrokh Shajari said on Saturday that Iran’s total farm output would top 128 million metric tons next year, an increase of just over 4% compared to the figures of last year (ended on March 19, 2020).

Shajari said the agrifood is expected to see a surge in production across the sector, including for livestock, fruits and fisheries which comprise a bulk of exports from Iran to neighboring nations.

Shajari said the rate of growth in Iran’s farming sector has always exceeded the total economic growth regardless of the oil incomes share.

In relevant remarks on June 20, Iranian Minister of Agriculture Kazzem Khavazi said that the agricultural sector has enhanced economic growth of the country under the conditions of the US sanctions against Iran.

The agricultural sector proved that it can boost our economic growth ‘positively’ and can spur the country’s resilience against sanctions, Khavazi said.

“Agriculture has greatly been ‘effective and influential’ in the fields of production, employment and sustainability of the environment,” he underlined.

Eight percent of gross national production (GNP) worth nearly over $40 billion is related to agriculture, the minister said, adding, “If posterior and anterior portions of agricultural sector’s share are considered, the added growth of GNP will hit 32.5 percent at large.”

Although our oil revenues dropped in sanctions period, agricultural sector showed that it can improve the economic growth optimally, he stressed.