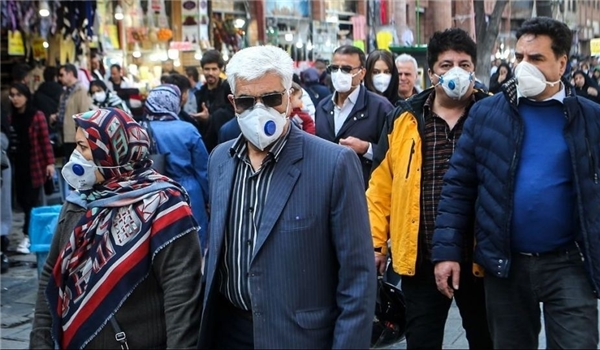 TEHRAN (FNA)- Iranian government has decided to deliver a second cash handout of 10 million rials (nearly $50) to nearly 23 million households in a bid to alleviate economic shocks of the coronavirus epidemic.

Speaking to the Fars news agency on Saturday, a source confirmed the President Hassan Rouhani administration’s decision to provide a second round of cash handouts more than two months after a first round was offered to over 21 million households.

The money will reach those families who are on a government payroll for monthly benefits of just more than $2, said the source, adding that a small portion of the monthly benefits would be used to repay the interest-free loan in two years.

Heads of households had been informed of the new handouts earlier on Saturday when they received a text message on their mobile phones asking them to confirm their request for the money.

A first round of the handouts had cost the government more than 21 trillion rials (nearly $1.6 billion at the then exchange rate of the rial against the US dollar).

In relevant remarks in April, Central Bank of Iran (CBI) said that it has supplied cash aid for 17 million families in the country to alleviate the economic impacts of the coronavirus outbreak.

The CBI announced that approximately 16.5 million families received the 10-million-rial ($62.5) payment as of April 23 evening local time while half a million more would receive it soon.

The CBI continued that several millions of more families would receive the relief the week after.

The payment was part of a series of measures taken by the Iranian government to ease the economic impacts of coronavirus outbreak as many jobs had been hurt because of the outbreak.

As a result, some of the lockdown measures which had been in place since early March were omitted, letting some businesses and industries gradually reopen.

The cash handouts, which covered nearly 23 million people, cost the government around $1.6 billion.