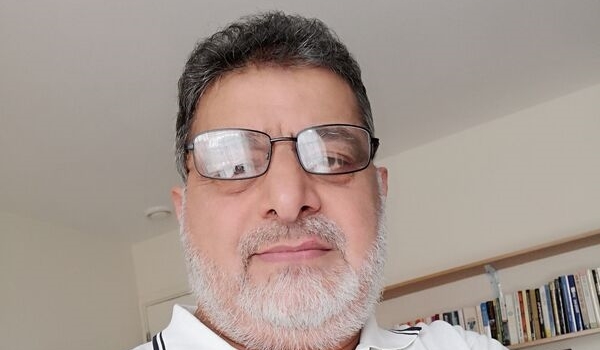 Speaking in an interview with FNA, Dr. Andrabi said placing Israel in West Asia was the final step in the process of reshaping the region after breaking apart the Ottoman Empire, adding the House of Saud was tasked with protecting Israel and “if in the region a country, such as Syria, goes against Israel, it will face Saudi Arabia”.

Dr. Inayatullah Andrabi is a Kashmiri scholar and activist based in London. He received his PhD in Linguistics from the University of Pune, India in 1983. He was actively involved in the Freedom politics of Kashmir. He currently heads the fledgling Imam Husayn Institute for Political Thought (IHIPT).

Q: Not only did Saudi Arabia refuse to attend the Kuala Lumpur meeting of Muslim leaders, but also it pressed several heads of states, including Pakistani Prime Minister Imran Khan, to stay away from the meeting. What was so special about the meeting to have made Riyadh make such a move?

A: We have to understand what the meeting was about. This followed a critique of Organization of the Islamic Conference (OIC). As Mahathir Mohamad (Former Prime Minister of Malaysia), Recep Tayyip Erdogan (President of Turkey) and Imran Khan (Pakistani Prime Minister) said in the United Nations General Assembly session in New York, there are lots of problems for Muslims and the OIC is not doing anything. It is believed the OIC has been neglecting Muslims. Majority of Muslims are the people who face hundreds of problems which are not addressed by the OIC. The organization is based in Jeddah, Saudi-led and funded. It paves the way for Saudi Arabia to become the leader of the Muslim world. This is why the meeting in Kuala Lumpur was scheduled.

But Saudi Arabia’s Crown Prince Mohammed bin Salman forced some states’ heads, such as Imran Khan, not to attend the meeting, and the Kuala Lumpur meeting did not turn out as it was intended. Saudi Arabia understood the new meeting would unseat Riyadh from the leadership of Muslim world, so it decided to defeat the summit before it is even shaped.

Q: What does the Riyadh’s move on the Kuala Lumpur summit teach us about the Saudi foreign policy?

A: At first, we need to know about the genesis of House of Saud. It was the creation of colonialization. It was an imperial creation based on the imperial interest to take forward the imperialist agenda. They have been following the agenda of what Imam Khomeini (PBUH) called arrogant powers, led by the USA.

In general, Saudi foreign policy does not have a huge horizon. House of Saud is there to safeguard the imperialists and Zionists’ interest in the region. Enlightened scholars have said in the process of bringing whole Muslim world in the heartland of Islam that is the Middle East into subservient, they started off by breaking apart the Ottoman Empire and creation of nation states. They divided the region and designated who gets what. None of the created states existed before. They placed Israel in the region as the final step of the process by which the new Middle East was shaped. They protected Israel by creating two walls: one was Jordan, which never fought Israel, and the second wall was Saudi Arabia. So, logically, if in the region a country, such as Syria, goes against Israel, it will face Saudi Arabia.