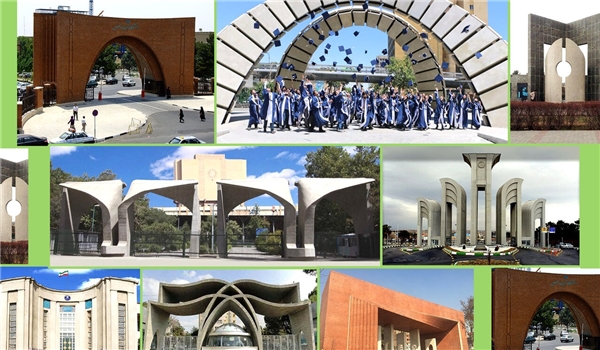 TEHRAN (FNA)- Times Higher Education (THE) World University Rankings listed names of 414 universities with under 50 years in age with 20 Iranian universities on the list.

He added that it was the 9th list of world young universities published annually since 2012.

In a relevant report in early June, THE World University Rankings 2020 announced that Tabriz University stands among the top universities in Asia.

Some 40 Iranian universities have been mentioned in this ranking five of which stand among 100 top universities in the world.

In a relevant event in early May, twelve Iranian universities took part at 2020 Round University Ranking (RUR) and Khaje Nasir Toosi University of Technology gained the 5th position for the first time.

RUR is a global university ranking assigned for evaluation of the performance of 1,100 leading universities across the world by 20 indicators across 4 key missions: teaching, research, international diversity, and financial sustainability.

The ranking is published by RUR Rankings Agency based in Moscow, Russia.

As per the report, the data required for each of the universities are extracted from Clarivate which is a global leader in providing trusted insights and analytics to accelerate the pace of innovation.