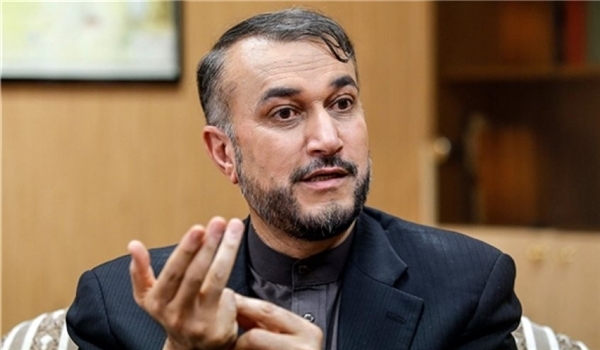 TEHRAN (FNA)- Special Advisor to Iran's Parliament Speaker for International Affairs Hossein Amir Abdollahian warned Israel against annexing the West Bank, and said that such a move will surely receive a strong reaction from the Palestinian Resistance.

"Any move by the fake Israeli regime about the West Bank annexation will face the dreadful response by the Resistance Front," Amir Abdollahian tweeted on Friday.

"The future will be in the favor of the Resistance Front and Palestine's people," he added.

Amir Abdollahian reiterated that the "Zionist regime" has no room in the future of the region.

His remarks came as Isreal intends to annex parts of the West Bank it occupied in the 1967 to its territory.

The Israeli regime plans to annex 30 percent of the West Bank to the occupied territories in early July, under the US-Israeli "Deal of the Century" plan, with the support of President Donald Trump's administration. It has angered Palestinians and international communities such as the European Union.

In response to the annexation plan, the Palestinian Authority cut ties with the Israeli regime and the United States.