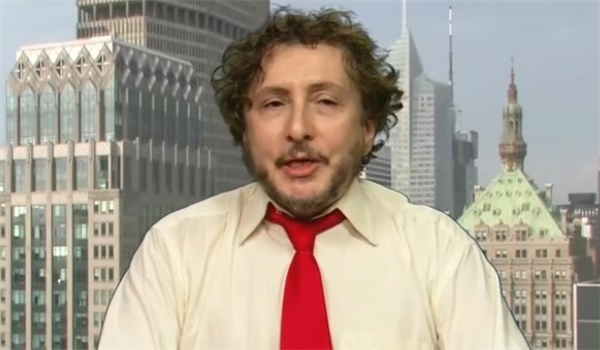 TEHRAN (FNA)- George Szamuely, author and researcher, says there is a terrorism aspect to the US sanctions, as Washington is willing to see thousands of Iranian civilians dying out of pandemic as of its political agenda.

Speaking in an interview with FNA, George Szamuely said, “There is no question that by refusing to do anything to ease the sanctions on Iran, continuing with the ridiculous warfare of Maximum Pressure campaign trying to score some political points to keep in with Israeli lobbies or maintain the support of the Zionist donors, for that, you are willing to see thousands of Iranians dying […] then you are engaging in terrorism.”

George Szamuely is a Hungarian-born scholar, author and researcher. He is a Senior Research Fellow at the Global Policy Institute. He has also written for numerous alternative media including Antiwar.com, Counterpunch, Commentary, The Observer and the Centre for Research on Globalization. Szamuely is a frequent contributor to international TV channels such as RT and Press TV.

Q: The US Administration claims it is on the side of the Iranian people, and the sanctions are targeting only the country’s officials. What does coronavirus outbreak reveal about the US’s sanctions?

A: Despite the terrible humanitarian catastrophe that we are witnessing around the world as the result of coronavirus, the United States still cannot bring itself to lift the sanctions. You think that some shred of humanity would inspire the United States government to say: look we have reached such a low point in the survival of the human species that we have got to do something, and we would at least temporarily lift our sanctions on Iran. Let Iran import whatever it needs to address this medical emergency.

Q: How does the world of politics regard the US’s sanctions against the Iranian nation during the COVID-19 pandemic?

A: There is a terroristic aspect to it. If you are willing to see other countries suffer at the time of a natural calamity and disaster, something that is clearly beyond the human control, and you are willing to see other countries incur huge terrible losses, and you are not prepared to lift a finger to help them, then an aspect of terrorism can be considered to it, as you are targeting civilians; not political leaders, nor military. It is civilians who are dying as they are unable to get medical treatment they need. This is the definition of terrorism, as when you exclusively focus on civilian non-military targets with a view to inflicting great losses on people who are unable to defend themselves, then you are engaging in terrorism. There is no question that by refusing to do anything to ease the sanctions on Iran, continuing with the ridiculous warfare of Maximum Pressure campaign trying to score some political points to keep in with Israeli lobbies or maintain the support of the Zionist donors, for that, you are willing to see thousands of Iranians dying, as you have some political agenda for which you are willing to see some civilians die on mass, then you are engaging in terrorism.