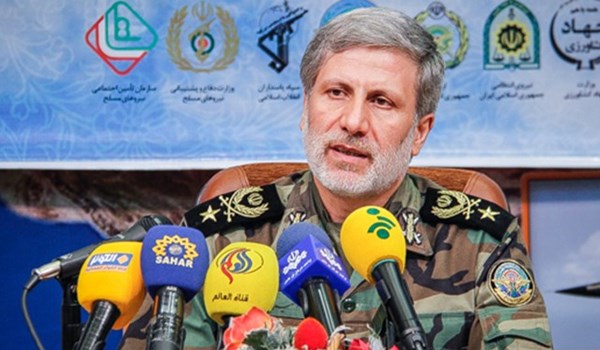 TEHRAN (FNA)- Iranian Defense Minister Brigadier General Amir Hatami referred to the mass-production and delivery of the home-made Kowsar fighter jets to the Army, saying that it displays the ineffectiveness of the US sanctions.

Delivery of three domestically-built Kowsar fighter jets to Army Air Force carried a message to the enemies, US in particular, that the US sanctions have worked to the contrary, General Hatami said, addressing a ceremony to deliver the fighter jets to the Army on Thursday.

When Kowsar jets were delivered to Iran Air Force, it conveyed an important message across the world that all freedom-seeking nations will be independent and self-sufficient if they resist, he added.

Today, there are all technical capabilities available inside the country for construction of the air force infrastructure, General Hatami said.

According to the Iranian officials, the fighter jet is a supersonic combat plane different from the training Kowsar 88 plane unveiled in April 2017.