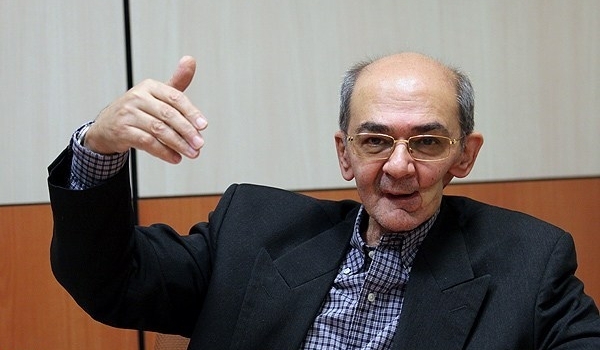 TEHRAN (FNA)- The Iranian President of Vienna Energy Research Group, Fereydoun Barkeshli, underlined the weak situation of shale oil in the market, and said that US President Donald Trump is attempting to keep it alive until the November elections.

"The reality is that today the shale oil has been kept alive under an oxygen tent and it cannot breathe and cannot be kept alive in the US. Trump wants to keep it alive until November with the help of Saudi Arabia, OPEC and OPEC plus," Barkeshli, Iran's former OPEC representative, told FNA on Tuesday.

He added that given the opposition of giant oil companies to the shale oil's presence in the market and people's tendency towards new energy resources, shale oil will apparently be swallowed by these firms and will continue its life somehow differently.

Barkeshli said that due to technical reasons, a part of shale oil production will leave the supply market forever, noting that nearly 1.5mln barrels of shale oil has been withdrawn from the market to make the US an importer again.

A relevant study said on Monday that the US shale industry is about to enter a period of “great compression” as low oil prices hammer the sector.

The firm believes that exploration and production companies could write down the value of their assets by as much as $300 billion as they struggle to breakeven in a lower-for-longer oil price environment. Significant impairments are expected in the second quarter. Based on this, the firm envisions a wave of bankruptcies followed by mass consolidation, Deloitte's study said.

“The oil industry is currently experiencing a ‘great compression’ in which companies’ room to maneuver is restricted by low commodity prices, reduced demand, capital constraints, debt loads, and health impacts of COVID-19,” the report said.

“Unlike in previous downturns, these effects are now simultaneous — creating a higher level risk of technical insolvencies and building intense pressure on the industry.”