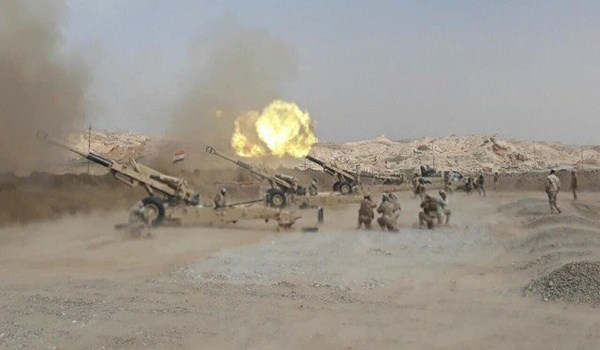 TEHRAN (FNA)- The Iraqi army in an unprecedented operation targeted and destroyed the ISIL terrorists' bases and their weapons in a valley at the bordering areas with Saudi Arabia.

The Arabic-language al-Ma'aloumeh news website reported on Monday that forces of the brigade 7th of the Iraqi army's infantry unit in a preemptive measure attacked the ISIL hideouts in Houran valley in Western al-Anbar.

A senior official of the powerful Badr Organization in Iraq had warned in May that Washington and Riyadh had hatched new plots to reactivate the ISIL in the country.

Mohammad Mahdi al-Bayati told al-Ma’aloumeh that the US and Saudi Arabia are returning the fugitive ISIL members from Syria to Iraq.