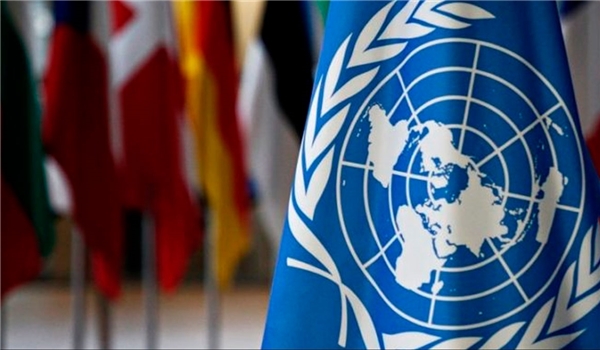 TEHRAN (FNA)- The United Nations has removed the Saudi-led coalition from its annual blacklist of state-backed armed forces that kill children.

The UN chief’s argument is that there has been a significant and sustained decrease of casualties by airstrikes from the Saudi-led coalition in Yemen. It’s important to note here that the coalition itself is a very much divided one.

The bombing of Yemen has been conducted mostly by Saudi Arabia and recent anger by rights groups and charities, at the UN decision, has been directed at Riyadh and the UN Secretary-General. Has Antonio Guterres succumbed to the same kind of pressure that his predecessor Ban Ki Moon came under?

In 2016, the Saudis threatened to halt funds to UN programs and Moon, with his hands tied behind his back, agreed to remove Saudi Arabia from the shame list. How do we know this? The South Korean diplomat publicly came out and said so himself; fair play to Moon for having the courage to do so. The question is whether the Saudis have really decreased their onslaught of Yemeni children?

The UN statement lacks the transparency required to arrive at this conclusion. It claims warplanes dropping bombs on children’s heads have left 222 casualties over the past year. So we have hundreds of child casualties, which according to UN terminology, equates to fewer children casualties than before and warrants a removal of Saudi Arabia from the blacklist. However, it’s not beyond imagination to see this as a political maneuver.

The Kingdom’s economy is collapsing and being on the shame list brings potential sanctions. Remember that never-ending oil price war between the Saudis and the United States which suddenly came to an end. Was that agreement really reached with no strings attached? Once thriving economies are still trying to bring their heads around what type of coronavirus hit them and destroyed their markets.

We’ve seen Saudi Arabia get away with murder, literally; Jamal Khashoggi, the journalist whose body was dismembered by Saudi agents at the Kingdom’s consulate in Istanbul. There are geopolitical factors surrounding the US-Saudi relationship that stretch back decades.

Today both Riyadh heavily serves Washington’s interests in the region. The White House needs both to pressure countries that dare confront American hegemony be that Iran, Iraq, Syria, Lebanon and Yemen.

Washington also needs Riyadh to buy hundreds of billions of dollars worth of American weapons. These are the same arms that the Saudis are using in Yemen. The more bombs Saudi Arabia drops in Yemen, the more requests it makes for such armaments from the West; chief among them the US. But that doesn’t mean the UK, France, Germany and others are not having their share of the pie too. This is perhaps the most tragic element to the war on Yemen. The West needs Saudi Arabia to use up as much weapons as the Kingdom possibly can to keep the supply chain running. Western arms manufacturers bring money, have strong political lobby powers and they also bring down unemployment levels; humanity literally gone out of the window. Even if the Yemen war ends, the White House will create another threat to sell arms in the region and Washington’s Persian Gulf allies will accept that threat whether they like it or not. For example the myth that Iran poses a danger to its neighbors will never go away. The supply chain of arms must continue flowing into the region as long as the region has petro-dollars to send back in the other direction. This figment of the imagination, also known as the threat from Iran will even be exaggerated to the extent that Washington deploys aircraft carrier strike groups from time to time.

But put politics aside for a moment and, for arguments sake, take the UN statement as factual. The fact of the matter is that not a single child should be a casualty of a relentless bombing campaign. It’s time to end the suffering of these traumatized children by ending the war. Peace talks are more important now than ever before. Only then will Yemen’s children have a future to survive.