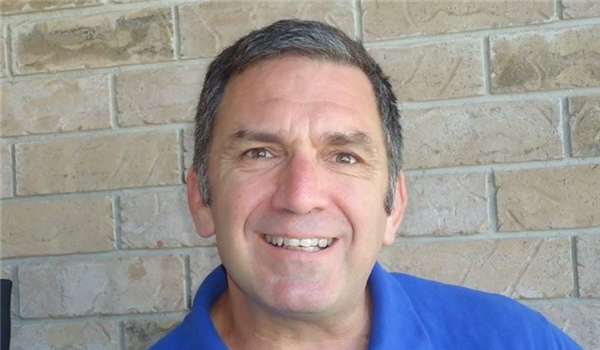 TEHRAN (FNA)- Mark Taliano, author and activist, says the US troops’ deployment to the oil fields areas in Eastern Syria is an act of reoccupation, indicating the futility of US President’s order to withdraw its forces from the Arab country.

Speaking in an exclusive interview with FNA, Mark Taliano said the US is committing “Supreme International Crimes” in Syria, and added, “The West, including Canada, supports all of the terrorists in Syria, directly, and indirectly. The West supports al-Qaeda and ISIS… Criminal US occupiers are plundering Syrian oil resources and burning wheat crops.  These are war crimes and crimes against humanity.

Taliano is an independent investigative reporter who travelled to Syria with the Third International Tour of Peace to Syria, where he authored his book “Voices from Syria” in which he combines years of research with on-the-ground observations to present well-documented analysis of the Arab country.

Q: Since late October 2019, the US has been redeploying troops to Syrian oil fields in the Eastern part of the country. Is it in contradiction with President Trump’s earlier order to withdraw all US troops from Syria?

A: The “Caliphate Project” is a CIA Project.  Washington-led NATO and its allies have been waging a “Regime Change” war against Syria for about nine years now, using terrorists as proxies and strategic assets.  The West, including Canada, supports all of the terrorists in Syria, directly, and indirectly. The West supports al-Qaeda and ISIS. The so-called “Kurdish” forces are commanded and controlled by the West as are all of the terrorists. Western-supported terrorists – “moderates” never existed—have been targeting and mass murdering Syrian civilians throughout the war. Beneath the smokescreen of “Coronavirus” they have reoccupied areas which they previously abandoned, proving President Trump’s earlier order to withdraw troops from Syria is meaningless.

Q: Damascus has never authorized the presence of the US military in Syria. Even local residents have blocked US military convoys which were entering villages in Hasakah. Why does the US keep its forces in Syria?

A: Regime Change wars have no basis in International Law; they are Supreme International Crimes. No greater crimes exist. The West has been looting and pillaging Syria throughout the war. Western supported terrorists steal industrial equipment and ship it to Turkey. What they can not steal they destroy. Currently criminal US Occupiers are plundering Syrian oil resources and burning wheat crops. These are war crimes and crimes against humanity.

Local residents in Hasakah, to their credit, have been blocking US military convoys. Syrians understand that the West are criminal invaders and occupiers.  They understand that there is nothing “humanitarian” about Western warfare.

Q: The current US Syria policy can be identified by only the two words of Occupation, and Sanctions. What is the US future plan for Syria?

A: An important part of Western warfare includes criminal and unilateral economic embargos. As the West falsely condemns Syria for the crimes that the West itself commits, it collectively punishes and attempts to starve all Syrians. So, in addition to destroying and robbing its industrial base, in addition to looting and plundering its resources, the West is trying to prevent other nations from trading with Syria. It is trying to prevent Syria from rebuilding. This has been fully documented.