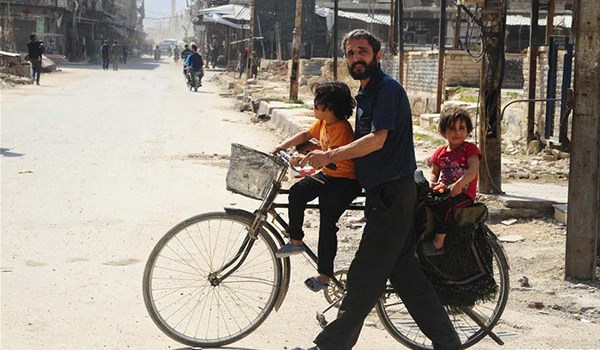 TEHRAN (FNA)- A Lebanese newspaper wrote that all measures by the US in West Asia, including war and sanctions and the Caesar Act, are aimed at protecting Israel's security.

"The US government started implementation of a law called Caesar Act in a bid to further pressure Syria by sanctions after 10 years of devastating war but it pursues more important goals," the Arabic-language al-Akhbar wrote on Tuesday.

"The US government considers Caesar Act as an advanced stage of a long-term war of attrition against the Syrian government to confine the government's rule to Damascus and certain coastal areas and disintegration of the country," it added.

Creating another Somalia in Syria is a gift to Israel to increase its security and facilitate occupation of the West Bank which is the final goal of the Caesar Act, al-Akhbar said.

Passed by US Congress in December last year, the Caesar Syria Civilian Protection Act is seen as the heaviest sanctions to date, as the measures additionally target any person or business making transactions with the regime or military contractors.

The sanctions also specifically target people engaging in construction or engineering services as well as natural gas and petroleum production for the Syrian government.