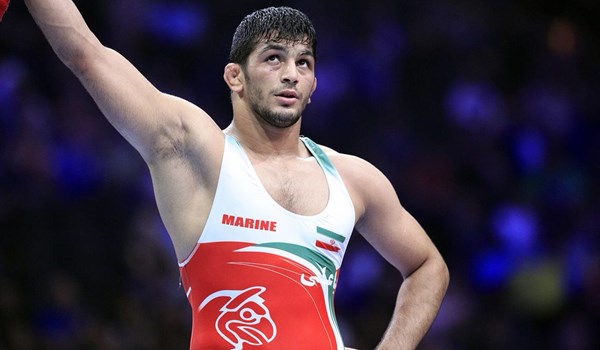 The United World Wrestling official account in social media started poll by releasing images of two champions on their popularity.

In semi-final stage Yazdani from Iran and Abdulrashid Sadulaev from Russia attended the event and Iranian wrestler by receiving more votes advanced to Final stage.

Accordingly, in final match Yazdani competed with Azeri wrestler Haji Aliyev and won the game by receiving 53% of votes.

Earlier on January 21, Yazdani was selected as the best fighter in 86kg weight category, according to United World Wrestling ranking list and after Matteo Pellicone competitions in Italy.