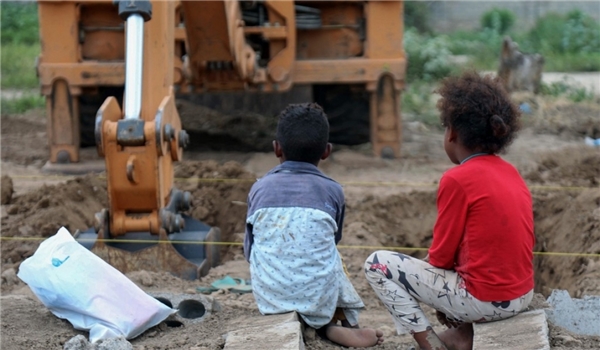 TEHRAN (FNA)- The United Nations removed the Saudi-led coalition from a blacklist for killing and injuring children in Yemen, a move that has drawn widespread drawn condemnation and criticism from several human rights organizations.

UN Secretary-General Antonio Guterres on Monday removed the Saudi Arabia-led military coalition from a United Nations blacklist, several years after it was first named and shamed for killing and injuring children in Yemen, according to presstv.

Guterres said the coalition would "be delisted for the violation of killing and maiming, following a sustained significant decrease in killing and maiming due to air strikes" and the implementation of measures aimed at protecting children, adding that the coalition would be subjected to one year of monitoring and "any failure" to further decrease child casualties would result in it being listed again next year.

"The Secretary-General is adding a new level of shame to his 'list of shame' by removing the Saudi-led coalition and ignoring the UN's own evidence of continued grave violations against children," Jo Becker, children's rights advocacy director for Human Rights Watch, announced in a statement.

Adrianne Lapar, director of Watchlist on Children and Armed Conflict, an international advocacy group, stated that by removing the Saudi-led coalition, which also includes the United Arab Emirates, "the Secretary-General sends the message that powerful actors can get away with killing children.

She called for an independent and transparent assessment of the process of delisting the coalition, "to ensure that all violators are held to the same standard, no matter who they or their friends are".

Supported militarily by the United States, Britain, and other Western countries, Saudi Arabia and a number of its regional allies launched a devastating war on Yemen in March 2015 in order to bring former Yemeni President Abd Rabbuh Mansur Hadi back to power and crush the Houthi Ansarullah movement.

The invaders have also enforced an all-out aerial, naval, and land blockade on the impoverished country.

More than half of Yemen’s hospitals and clinics have been destroyed or closed at a time when Yemenis are in desperate need of medical supplies to fight the COVID-19 pandemic.