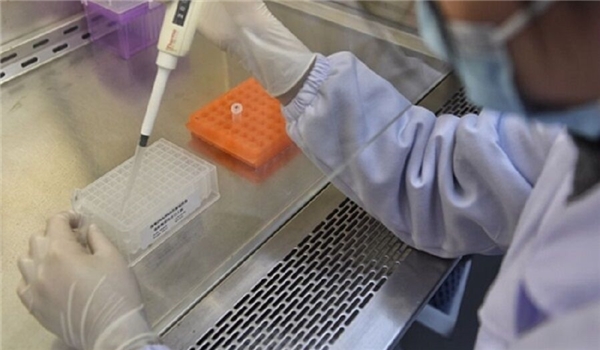 TEHRAN (FNA)- An Iranian antiviral drug proved successful in faster recovery of COVID-19 patients as scholars intend to apply it for treatment of the virus-infected cases after gaining government approval.

A team of Iranian doctors and researchers held a meeting on Saturday to announce the successful results of a clinical trial on the use of ReciGen, an interferon alfa-2b drug made in Iran, in curing patients infected with COVID-19.

The panel, led by Ali Akbar Velayati, a well-known professor of medical sciences, said that the new medicine had increased the rate of recovery in COVID-19 patients by almost five times.

“ReciGen is one of the drugs used to cure the corona (virus) disease which has proved very effective on patients,” said Velayati who himself was quarantined for a fortnight in March after contracting the virus.

He said that his team of scientists plans to gain the permissions from Iran’s health ministry to apply the drug on coronavirus patients in Masih Daneshvari Hospital, a main center of research and treatment on respiratory diseases in Tehran.

“We are going to unveil a drug for fighting corona (virus) that could have a great role in decreasing the death rate of patients,” said Velayati.

In relevant remarks in March, Head of Iran's Food and Drug Administration (IFDA) Mohammad Reza Shanehsaz announced that a medicinal compound developed by Iranian researchers to treat coronavirus infection will be mass-produced and supplied to the market within the next 10 days.

“The raw materials for the production of these drugs were imported to the country yesterday,” Shanehsaz told FNA on March 21.

He added that the process to produce a fully Iran-made drug has started and Iranian hospitals will start taking the drug to treat the coronavirus patients in the next 7 to 10 days.

Shanehsaz said that successful clinical tests have been carried out on the drug compound and necessary licenses have been received, adding that the medicine will be supplied to the pharmacies in the next 10 days.

The Iranian health ministry announced on Saturday that 2,410 new cases of infection to COVID-19 virus have been diagnosed in the country in the past 24 hours, noting that a total number of 146,748 coronavirus patients have recovered and been dismissed from hospitals.

"2,410 more patients infected with COVID-19 virus have been identified in the country in the past 24 hours based on confirmed diagnosis tests," Iranian Health Ministry Spokeswoman Sima Sadat Lari said on Saturday.

She noted that the total number of coronavirus patients in the country has increased to 184,955 people.

Sadat Lari expressed pleasure that 146,748 patients have recovered and been discharged from hospitals.

She said that 8,730 people have lost their lives due to infection to the virus, including 71 in the past 24 hours.

The ministry’s spokeswoman, meantime, expressed concern over the situation of the 5 Iranian provinces of Khuzestan, Hormozgan, Khorassan Razavi, and Bushehr, considering their increasing number of coronavirus patients.

She added that 1,219,400 tests have been conducted in the country to diagnose patients suspected of infection to the COVID-19 virus.

Iranian President Hassan Rouhani said last Saturday that over 1,000 medical centers in the country have received necessary equipment to conduct tests on people suspected of infection to coronavirus, and added that Iran ranks first in the Muslim world in scientific achievements.

The coronavirus COVID-19 is affecting approximately all countries and territories around the world. The virus was first reported in the central Chinese city of Wuhan late last year. It has so far killed more than 432,000 people and infected over 7.87 million others globally.