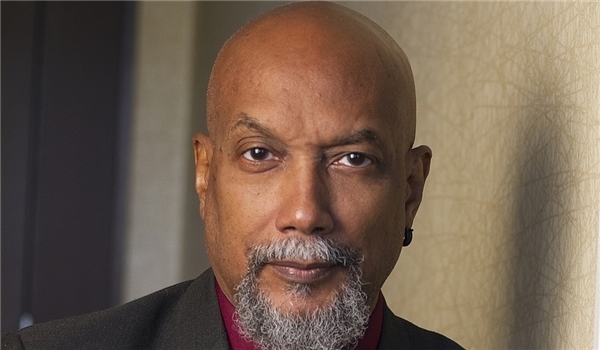 Speaking in an exclusive interview with FNA, Ajamu Baraka said, “What we are going to see is something very similar to what happened in France, where there was only one issue that brought people, the yellow vests, to the streets; but then, it transformed into something else. I think we might see something very similar happening in the US, as people are angry and scared and they are full of real anxiety about their future.”

Ajamu Baraka is an American political activist and former Green Party nominee for Vice President of the United States in the 2016 election. He has been involved in numerous anti-segregation activities. Baraka has served on the boards of several human rights organizations, including Amnesty International, the Center for Constitutional Rights, and Africa Action. He runs Black Alliance for Peace, a US-based think tank defending the rights of black people.

Q: Why do you think the US police is applying such heavy-handed tactics to suppress the protesters calling for respect for African Americans’ human rights?

A: The real issue is the potential rebellion coming from workers and black people to the complete collapse of the US economy and the austerity measures that have been in place for the last few decades. So, a heavy-handed police response helps to gain the perception that the police have the capacity to handle any illegal or even legal uprisings from the people. What people have to understand is that this is a new mood in the US that regular tactics of intimidation are not going to be very effective. People are really upset and know the George Floyd’s case was a trigger. We have already seen that they have been defying curfews and massive deployment of military. The intimidation factors are not as pronounced as they may have been just a couple of months ago.

Q: President Trump made a posting on his twitter page, stating “...when the looting starts, the shooting starts...”. Did you expect such a reaction from the US President?

A: We did not expect that the President of the United States would be so open and articulating a policy position that was no different than the kinds of the positions that the US used to condemn the leaders of other countries in relationship to certain kinds of unrest that they might be facing in their countries. That is why the Black Alliance for Peace made and appeal to the United Nations; because, we felt that the tweet clearly indicated the US authorities are quite prepared to engage in repression against their citizens. If the US can appeal to the UN and claim there is human right crisis in other countries, even after they have agitated and maybe even provoked people to rebel against their states, and then make claim that those governments attempted to try to handle those uprisings by violating human rights of their people, then the US should be held accountable to the violation of human rights in the US. We believe that there should be one standard for all nations.

Q: Being faced with the US police heavy-handed response, do African Americans continue to call for their rights?

A: We are not disappointed at all, as the human rights crisis in the US is an ongoing crisis. It did not just emerge with the George Floyd situation. We have been agitating at the UN for quite some time. So, the crisis continues. Hundreds of African Americans are dying unnecessarily every day for Covid-19. They are dying of governmental neglect. They are dying because they have been forced back into the economy because the state does not have to provide any economic support for them while they are attempting to try to manage the virus. So, this is the ongoing problem. We have eighty million people without any medical coverage in this country as the consequence of Covid-19, and there were almost thirty five million people who did not have medical coverage before Covid-19. So, [due to] the inability and reluctance that is of the USA to protect the basic human rights of its citizens for healthcare, social security and work places free of intimidation and violent actions from the police forces, these human rights issues will continue. Therefore, we will continue to raise it in the international forums so the people can understand the human rights crisis we are facing in this country.

What we are seeing in the US is just a turning point. People are becoming radicalized as a consequence of the actions by the rulers that indicate that their lies made nothing. They are only concerned about they can profit and so the people are starting to make a connection. George Floyd was only a trigger and what we are going to see is something very similar to what happened in France, where there was only one issue that brought people, the yellow vests, to the streets; but then, it transformed into something else. I think we might see something very similar happening in the US, as people are angry and scared and they are full of real anxiety about their future.