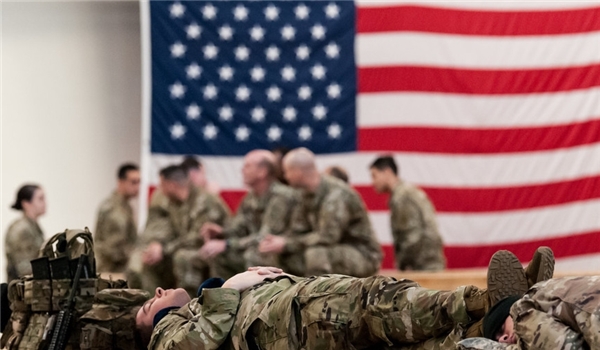 TEHRAN (FNA)- The first session of the strategic negotiations between Washington and Baghdad showed that the Americans are after buying time, a senior Iraqi official said.

"The first session revealed that the Americans are after buying time in Iraq rather than urgent materialization of goals," the official told the Arabic-language al-Arabi al-Jadid news website on Saturday on condition of anonymity.

The official said that the two sides agreed that there should arise no political crisis and confrontation between Prime Minister Mustafa al-Kadhimi and the political stream which opposes the US presence in Iraq.

He added that the final statement of the meeting might somehow satisfy the political groups which do not favor the US deployment in the country.

US and Iraq officials agreed to reduce the number of American troops in the Middle East country in the coming months but, following resumption of dialogue, fell short of providing a timeframe.

The decision was announced on Thursday following the long-anticipated talks, the first strategic dialogue between the two countries in a decade.

Chaired by the Senior Under Secretary of Iraq's Ministry of Foreign Affairs, Abdul Karim Hashem Mustafa, and US Under Secretary for Political Affairs David Hale, the talks were limited to a short preliminary online session due to coronavirus-related travel restrictions.

They laid out the agenda for what is expected to be a months-long discussion focused on US troops' withdrawal along with the future of security, counterterrorism, political, economic and cultural relations.

In a joint statement issued on Friday, the US reiterated its commitment to withdrawing its troops from Iraq but fell short of announcing a timeline.

The Iraqi parliament has passed and approved a plan to expel foreign troops from its soil on January 6, 2019, two days after the assassination of late Commander of the Islamic Revolution Guards Corps (IRGC) Quds Force Lieutenant General Qassem Soleimani, Deputy Chairman of al-Hashd al-Shaabi Abu Mahdi Al-Muhandis and their companions in the US military terrorist attack, near Baghdad airport.

Baghdad-Washington strategic negotiations include the US military presence in Iraq, US military support for Iraq to fight against the ISIL remnants, commitment to protect foreign companies operating in Iraq, and hygienic help for the coronavirus patients.