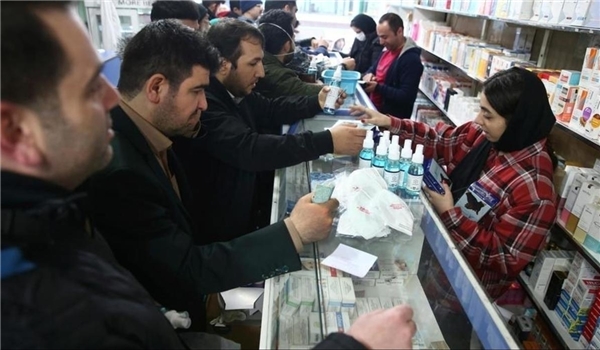 TEHRAN (FNA)- The Iranian health ministry announced on Friday that 2,369 new cases of infection to COVID-19 virus have been diagnosed in the country in the past 24 hours, noting that the total number of coronavirus patients has reached 182,545.

"2,369 more patients infected with COVID-19 virus have been identified in the country in the past 24 hours based on confirmed diagnosis tests," Iranian Health Ministry Spokeswoman Sima Sadat Lari said on Friday.

She noted that the total number of coronavirus patients in the country has increased to 182,545 people.

She noted that 687 patients have been hospitalized while 1,675 others have been outpatients and in contact with the infected persons.

Sadat Lari expressed pleasure that 144, 649 patients have recovered and been discharged from hospitals.

The spokeswoman also said that 75 coronavirus infected patients have lost their lives during the past 24 hours totaling the number of the dead to 8,659.

She added that nearly 1.2 million tests have been conducted across the country to diagnose suspected cases of COVID-19 infection.

Sadat Lari expressed concern over the situation in East Azarbaijan, Lorestan, Kordistan, Hormozgan and Khuzestan provinces, but stressed that there has been a decrease in the number of hospitalized and outpatient cases in Khuzestan province.

Iranian President Hassan Rouhani said last Saturday that over 1,000 medical centers in the country have received necessary equipment to conduct tests on people suspected of infection to coronavirus, and added that Iran ranks first in the Muslim world in scientific achievements.

The coronavirus COVID-19 is affecting approximately all countries and territories around the world. The virus was first reported in the central Chinese city of Wuhan late last year. It has so far killed more than 424,000 people and infected over 7.6 million others globally.