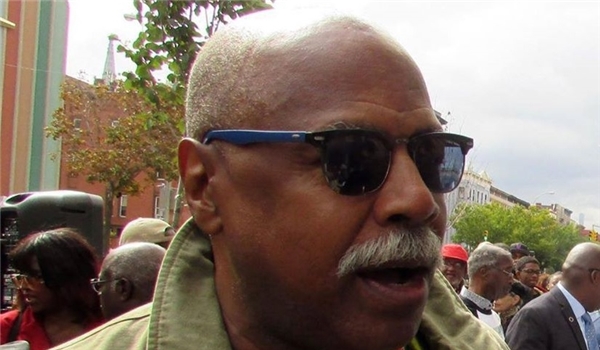 TEHRAN (FNA)- Omowale Clay, human rights activist, says the US police uses violence against African Americans to prevent them from changing the oppression condition imposed on them.

Speaking in an exclusive interview with FNA, Omowale Clay said the whites in the US have exploited the Blacks to create wealth, and added, “We provided free slave labor for 250 years, followed by 100 years of share cropping (a form of feudal labor) always accompanied by racial discrimination in hiring… We have never received reparations for the wealth that we created.”

Omowale Clay is the leader of the December 12th Movement, a 33 year old US-based Black community organization in defense of Black people's human rights. December 12th Movement International Secretariat is an NGO, with consultative status in the United Nations Economic and Social Council. Clay has participated in the Commission on Human Rights since 1989, representing Africans in the US.

Q: Why does the US police practice seemingly intentional violence towards African Americans?

A: Police violence is a form of terrorism whose purpose is to prevent Black communities from protesting and acting to change our conditions of oppression – de facto racial discrimination in all spheres of life, poor healthcare, inferior housing and education, lack of wealth, mistreatment by the police and in the criminal justice system, assaults by white supremacists. The country prefers to maintain control by less heavy-handed means, but when “democracy” fails, it does not hesitate to resort to violence.

Q: Why does the US officials think that they should control the US Blacks?

A: The socio-economic status of Black people has been imposed since our forced arrival in the Western hemisphere. Whites brought us here to create wealth for them, and that remains our status today. We provided free slave labor for 250 years, followed by 100 years of share cropping (a form of feudal labor) always accompanied by racial discrimination in hiring. We exist an underdeveloped, oppressed, internal nation of the United States. We have never received reparations for the wealth that we created. A 2020 Brookings Institution study (“Examining the Black-white wealth gap”) of wealth in the United States found that “the net worth of a typical white family is nearly ten times greater than that of a Black family.” Blacks are consumers in, not possessors of, the US economy.

Q: What is special about African Americans’ status quo that is viewed as a threat to the US establishment?

A: The rebellions in the streets across the United States since the cold-blooded murder of George Floyd by four policemen in Minneapolis are the most recent proof that Black people have had enough. Most of our community is already impoverished and struggling to survive in this system. But the historical and continued racism of the United States forces even that small minority who are relatively well-off (professionals, businesspeople, politicians, athletes, entertainers) to understand that their wealth, status and education cannot protect them from the violence of white supremacy. Black people are dissatisfied with the status quo and are seeking a solution to conquer racism and to ensure our existence and unrestricted development as a people in the US.