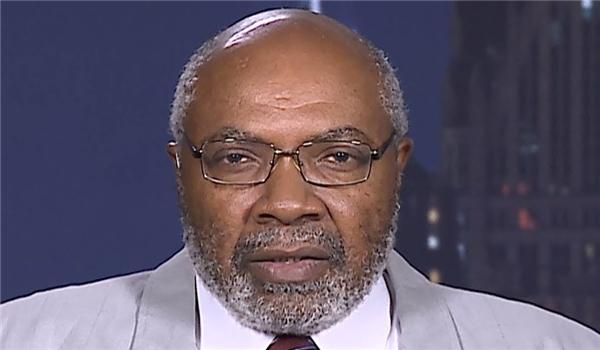 TEHRAN (FNA)- Abayomi Azikiwe, journalist and political analyst, says amid the human rights and healthcare crisis, the US president, instead of promoting national reconciliation, is emphasizing the dominance of the racist ruling class in the country.

Speaking with FNA in an exclusive interview, Dr. Azikiwe expressed disappointment over the policies followed by both Republican and Democratic parties, and reminded that “the same fundamental issues of state repression, institutional racism and national oppression against the African American people” occurred during former President Barak Obama, who was black himself.

“There needs to be a new political party which can speak directly in the interests of the working class, the impoverished and oppressed. It is only then that fundamental change will be realized,” he added.

Dr. Abayomi Azikiwe is the editor of the Pan-African News Wire and serves as the president of the Michigan Coalition for Human Rights. He has worked as a broadcast journalist and has worked for decades in solidarity with the liberation movements and progressive governments on the African continent and the Caribbean. Dr. Azikiwe is the co-founder of several Detroit-area organizations including: The Detroit Coalition Against Police Brutality and the Michigan Emergency Committee Against War & Injustice.

Q: President Trump orders the state governors to make massive arrests and sentence the protesters to 10 years behind bars. Did you expect such a presidential address to the unrest in the US?

A: This is not surprising at all as a response from President Trump. He has evoked the Insurrection Act of 1807. During this time period the United States was dominated by the system of slavery and consequently earning enormous profits from the unpaid labor of African people. Cities across the United States at present are facing mass demonstrations, urban rebellions and other forms of resistance. Rather than make an attempt to quell the unrest and work towards some form of national reconciliation, the president, through his policy initiatives and symbolic gestures, is fanning the flames of further dissent and upheaval. Thousands of National Guard troops have been deployed into urban areas across the country from the West to the East coasts. Many cities are under curfews, yet people continue to march and rally in the streets facing police and military weapons, armored vehicles, tanks and other repressive measures. This uprising comes amid the worst humanitarian and healthcare crisis in more than a century. Now is the time to work towards social healing as opposed to emphasizing the dominance of the racist ruling class in the country.

Q: How do you see and interpret Trump’s escape to the White House’s bunker? Does the ruling class feel threatened?

A: When the US and the world watched last week as angry protesters stormed the Third precinct police station in Minneapolis forcing law-enforcement agents to flee for cover while people set fire to the building, it had a profound impact on the US Government. This is the police station where the officers that killed George Floyd were based. This sent a powerful message to the US ruling class. There have been continuous demonstrations in Washington DC, one of the central nerve centers of imperialism. Property damage and arson attacks are taking place in close proximity to the White House. Consequently, the Secret Service was ordered outside to protect the residence of the president and his family. High level cabinet members and other advisors were facing what they perceived as a credible threat. Therefore, Trump was placed in a bunker in an attempt to ensure his safety. On June 1st, military police cleared protesters from Lafayette Park right across from the White House so that Trump could engage in a photo opportunity at a Church in the vicinity. These media antics cannot deflect attention away from the actual social crises engulfing the US.

Q: It sounds like in the final months of his first term in office, President Trump is clearing up any doubts about his anti-99% pro-1% policies, given the coronavirus breakout bailouts and measures taken against the protesters. How are the chances for him to be people’s choice for the 2020 election?

A: The Trump presidency is at present imperiled. Nonetheless, it remains unclear whether Democratic Party candidate Joe Biden can win in a national election. Biden has proven to be no friend of the African American people. Biden was a supporter of many of the same policies related to criminal justice and national discrimination against African Americans which are characteristic of the Trump White House. Even under the administration of former President Barack Obama, mass demonstrations and rebellions occurred prompted by the same fundamental issues of state repression, institutional racism and national oppression against the African American people. What is needed at present stems from the lack of genuine representation for the oppressed within government. There needs to be a new political party which can speak directly in the interests of the working class, the impoverished and oppressed. It is only then that fundamental change will be realized.