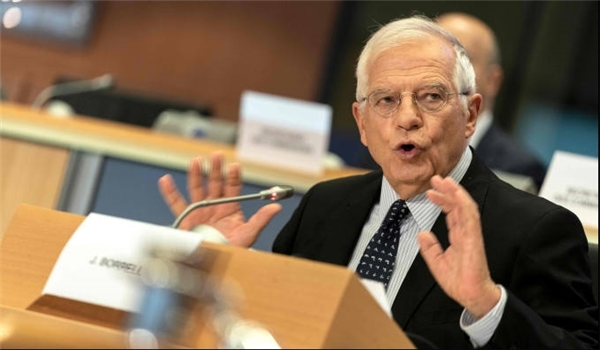 Josep Borrell, High Representative of the European Union, stated that all societies should remain vigilant against the use of excess force and deal with such incidents quickly, CNN reported.

"We here in Europe, like the people of the United States, we are shocked and appalled by the death of George Floyd. And I think all societies must remain vigilant against the excess of use of force and ensure that all such incidents are addressed swiftly, effectively and in full respect of the rule of law and human rights," Borrell added.

“We have to be sure everywhere, especially in societies which are based on the rule of law, democratic representation and respect for freedoms and liberties, that people who are in charge of taking care of the order are not using their capacities in the way that has been used in this very, very unhappy death of George Floyd," he continued.

"It is an abuse of power and this has to be renounced as we combat [this] in the States and everywhere," he said.

He added, "We support the right to peaceful protest, and also we condemn violence and racism of any kind, and for sure we call for a de-escalation of tensions.”

Protests erupted for a seventh day across the US over the death of Floyd, an unarmed black man, at the hands of police in Minneapolis, Minnesota. One former officer was charged with third-degree murder and manslaughter — but protesters and critics believe the charge isn't harsh enough.

Experts hired by Floyd's family and the Hennepin County Medical Examiner have concluded his death was a homicide.

On Monday, President Donald Trump vowed to use the military if widespread violence isn't quelled, as peaceful protesters just outside the White House gates were dispersed with tear gas.