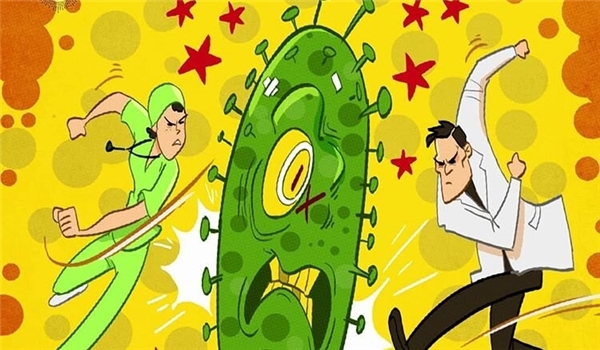 TEHRAN (FNA)- Cartoonists from 88 countries have participated in the International Coronavirus Cartoon Contest with 4,200 works, said an official with Shiraz University on Saturday.

Vice-Chancellor of Shiraz University of Medical Sciences said Kourosh Azizi said that the International Cartoon Contest entitled "We Will Defeat Coronavirus" began on the World Quds day, May 22.

He also said that the university didn't have the time to exhibit all works received, but it would hold a closing ceremony in Tehran and the works will be published in book form.

The Iranian health ministry announced on Friday that 2,819 new cases of infection with coronavirus have been identified in the country in the past 24 hours, adding that more than 114,931 patients have recovered.

"2,819 more patients infected with COVID-19 virus have been identified in the country in the past 24 hours based on confirmed diagnosis criteria," Health Ministry Spokesman Kianoush Jahanpour said on Friday.

He explained that 547 new patients were hospitalized and 2,272 others were identified as outpatients.

Jahanpour noted that the total number of coronavirus patients in the country has increased to 146,668 people.

He expressed pleasure that 114,931 patients have been recovered and been discharged from hospitals.

Jahanpour said that 7,677 people have lost their lives due to infection to the virus, including 50 in the past 24 hours.

The ministry’s spokesman, meantime, expressed concern that 2,547 patients infected with COVID-19 virus are in critical conditions.

He went on to say that there have been no reports of death in 15 provinces during the past 24 hours, and that 5 provinces have reported just one dead each.

Expressing concern over the red condition of Khuzestan province, Jahanpour added that there are concerns about Khorasan Razavi and East and West Azarbaijan provinces, as well.

The coronavirus COVID-19 is affecting approximately all countries and territories around the world. The virus was first reported in the central Chinese city of Wuhan late last year. It has so far killed more than 366,000 people and infected over 6 million others globally.