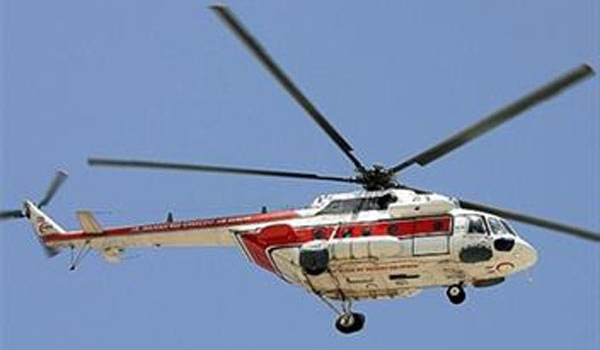 TEHRAN (FNA)- Head of Iran's Air Emergency Mohammad Sarvar said that his country is not able to import emergency helicopters and other equipment due to the US harsh sanctions.

"Now, the issue of sanctions is highly serious and effective. 65% of helicopters which provide emergency services are of H145 type and the most modern helicopters existing in the world are owned by the countries which have imposed the cowardly sanctions against us," Sarvar told FNA on Saturday.

He added that the western states in a targeted move do not sell Iran helicopters due to the sanctions.

"The health ministry decided to purchase a large number of air ambulances from foreign states but now it is facing problems with transferring foreign currency, purchasing and imports of the product," Sarvar said.

Despite the American officials' claims of not imposing sanctions on imports of drugs to Iran, banking embargos hamper money transactions which causes some Western companies to refuse selling the necessary drugs and medical equipment to Tehran.

The US sanctions and restrictions on export of drugs and medical equipment to Iran have shortened the breath of patients suffering from cancer, hemophilia, epilepsy and thalassemia.

Head of Iran Thalassemia Association Yunes Arab said in February that 90 thalassemia patients lost their life last year due to the lack of drugs and the US sanctions, adding that 60 other young patients also died in the current year.

"They would have been breathing a normal life if it hadn't been for the US sanctions on drugs," he told FNA.

The US embargos have also left impacts on the hemophilia patients.

Also, Sara Nouri, the Managing-Director of Iran's MPS (Mucopolysaccharidosis) Patients Society, told FNA that the Association provides necessary medicine to the MPS patients but it has faced problems after the US sanctions.

"The most important medicine needed for the patients is a type of enzyme and they should receive them weekly," Nouri said, adding that 300 MPS patients have been identified in Iran so far but the number is expected to increase to 1,000.

"For instance, if a patient should receive 50 drugs in a period of time, he/she receives 5 to 10 drugs now due to the problems created by sanctions, and this will inflict serious harm to the patients' health," she warned.

Meantime, Dariush Nasabi Tehrani, the head of Iran's Epilepsy Association, cautioned of the shortage of medicine for the epileptic patients due to the US sanctions.

"Production of a number of medicine has been disrupted for the sanctions and the patients are forced to use the medicine produced by other companies which are highly expensive," Nasabi Tehrani told FNA.

"The embargos make these patients anxious and concerned about shortage of their drugs while they should be assured of easy accessibility to medicine due to the sensitiveness of their disease," he added.