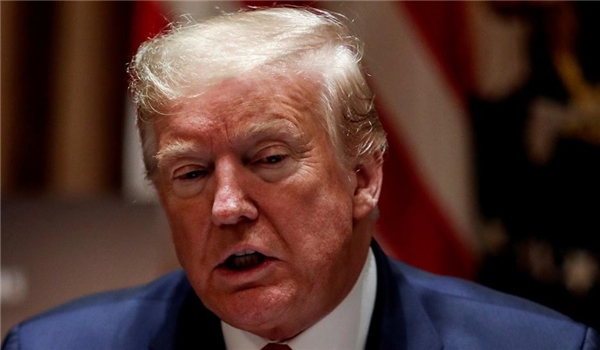 TEHRAN (FNA)- President Donald Trump on Wednesday morning threatened that Republicans will try to close down social media platforms after Twitter, for the first time, added a fact check to his tweets, specifically ones concerning his unsubstantiated claims about mail-in voting fraud.

Trump said, in a tweet not naming any platforms, that "Republicans feel that Social Media Platforms totally silence conservative voices. We will strongly regulate, or close them down, before we can ever allow this to happen", ABC News reported.

....happen again. Just like we can’t let large scale Mail-In Ballots take root in our Country. It would be a free for all on cheating, forgery and the theft of Ballots. Whoever cheated the most would win. Likewise, Social Media. Clean up your act, NOW!!!!

Trump has accused Twitter of "completely stifling free speech" after the social media company flagged some of his tweets with a fact-check warning.

In a series of tweets, the American president had claimed mail-in or postal vote ballots were substantially "fraudulent" and predicted "mail boxes will be robbed", resulting in a rigged election.

Twitter later tagged the tweets with a link to "Get the facts about mail-in ballots", which leads to a Twitter "moments" page with fact checks and news stories about Trump's unsubstantiated claims.

A Twitter Spokeswoman told The Washington Post the tweets "contain potentially misleading information about voting processes and have been labelled to provide additional context around mail-in ballots".

Trump responded to the move by tweeting that, as president, he will not allow Twitter to stifle free speech, stating, "Twitter is now interfering in the 2020 Presidential Election."