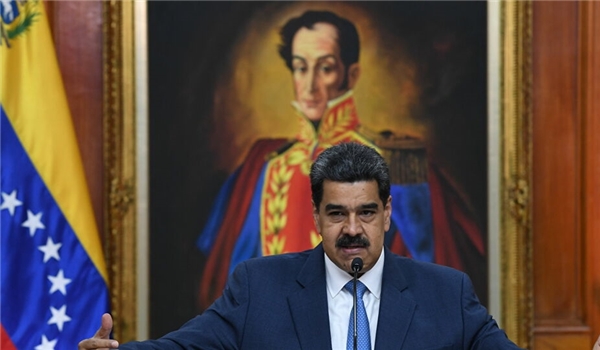 TEHRAN (FNA)- Venezuelan President Nicolas Maduro hailed the dispatch of Iranian oil tankers to Venezuela amid the increasing US threats.

"The ‘Fortune’ became this Monday #25May a symbol of freedom and courage for two peoples: Venezuela and Iran,” tweeted Maduro while posting photos of the Iranian tanker docked in a Venezuelan port.

The tweet came as oil tanker Fortune arrived and docked at its destination in Venezuela, El Palito refinery, to deliver fuel to people who are under the intense pressure of the United States.