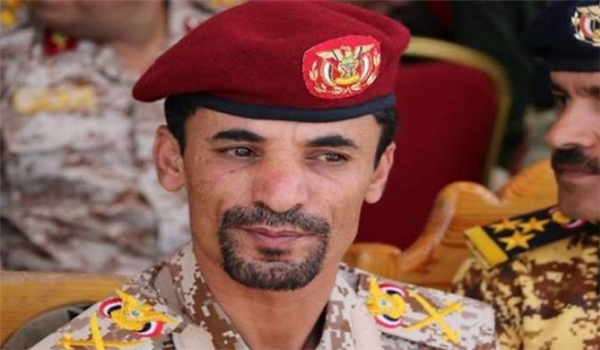 TEHRAN (FNA)- Head of the intelligence Department at the Ministry of Defense of Yemen’s National Salvation Government General Abdullah Yahya al-Hakim in a message to Iranian Intelligence Minister Seyed Mahmoud Alawi stressed Iran’s capability to confront the US bullying and restrictions.

“The restrictions imposed on Iran by the US government are clear violation of the international charters and human rights,” al-Hakim wrote in his message as reported by the Arabic-language al-Masirah news website.

He called on all freedom-seeking people in the world to stand against the US oppressor system and stress the need for removal of the cruel sanctions against the Iranian nation.

“We are certain that the Islamic Republic of Iran enjoys the necessary power and competence to confront the US bullying and stand against the enemies…,” al-Hakim said.

His remarks came after Iranian President Hassan Rouhani said that US sanctions have harmed the Iranian nation for the past years, but they yielded great fruits like self-sufficiency.

“Despite the severe conditions of the country and the illegal and unjust sanctions and the harsh American pressures, production in Iran has not halted and today we are witnessing great achievements such as self-sufficiency in wheat and other food and agricultural products,” Rouhani said last Tuesday.

“Today we are also self-sufficient in gasoline, gas and diesel production, and infrastructure work carried out in the country for years has made us successful in the battle against coronavirus,” he added.