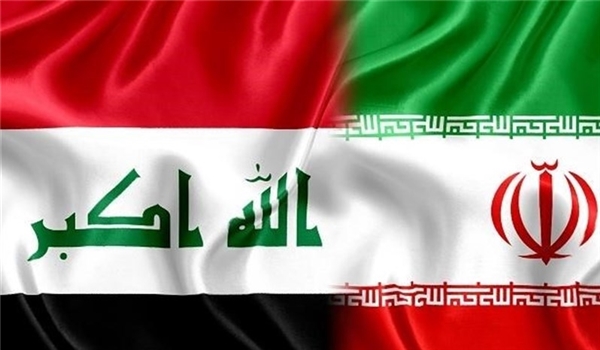 TEHRAN (FNA)- Iranian Ambassador to Iraq Iraj Masjedi called for expansion of academic and scientific cooperation with Iraq, as the two neighboring countries are intent to share scientific experiences.

Masjedi made the proposal in a meeting with Iraqi Minister of Higher Education and Technology Nabil Abdulsahib in Baghdad on Sunday.

The envoy hoped that during tenure of Abdulsahib, Iran and Iraq will witness major developments in scientific and academic relations compared to the past.

The Iraqi minister, for his part, expressed his pleasure on seeing Iran’s spectacular progress in various scientific spheres.

Also on Saturday, Masjedi in a meeting with Iraqi Minister of Transportation Nasser Hussein Al-Shibli expressed his country’s readiness to exchange experiences in transportation field with Iraq.

He expressed hope for promotion of mutual cooperation in transportation field.

In a relevant development on July 3, 2019, officials from Iran, Iraq and Syria signed an agreement to further increase the joint projects for developing trilateral transportation infrastructures through a set of measures, including linking their rail networks from the Persian Gulf to the Mediterranean Sea.

Iran, Iraq and Syria signed minutes for cooperation in the domain of comprehensive transport.

Earlier, Iranian officials announced that the construction of the 32-kilometer railway connecting the city of Shalamcheh in Southwestern Iran to Basra in Southern Iraq will kick off in the next few months.

Salib al-Hussaini said on April 12, 2019 that a summit will be held between Iran, Iraq and Syria to further discuss the project of the transnational rail between the three countries, according to the Arabic-language al-Sumeria news website.