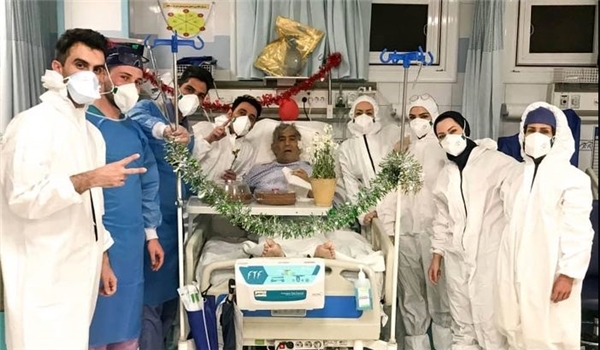 TEHRAN (FNA)- The Iranian health ministry announced on Sunday that 2,180 new cases of coronavirus infection have been identified in the country in the past 24 hours, expressing pleasure that 83% of the cases were outpatients and that there have been no deaths in 13 provinces.

“2,180 more patients infected with COVID-19 virus have been identified in the country since yesterday based on confirmed diagnosis criteria,” Health Ministry Spokesman Kianoush Jahanpour said on Sunday.

He continued that 364 of these cases have been hospitalized while 816 were outpatients.

Jahanpour informed of improvement of patient identification process in the country as 83% of the new cases were outpatients, noting that for several weeks the number of outpatients has been over 80%.

The spokesman added that the number of COVID-19 patients in the country reached 135,701 people.

He expressed regret that for the past 24 hours, 58 patients have lost their lives increasing the total number of the dead to 7,417 people.

Jahanpour also said that 105,801 patients have been recovered and discharged from hospitals, expressing concern that 2,615 patients infected with COVID-19 are in critical conditions.

Jahanpour concluded that Khuzestan province is still in red conditions, while 13 provinces have had no death reports and 8 provinces had just one dead each.