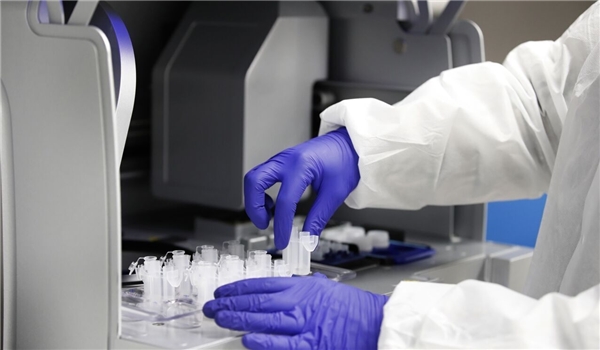 TEHRAN (FNA)- Significant numbers of home-testing kits sent out under the government’s COVID-19 programme are not being used, officials admitted.

Throwing fresh doubt on the government’s figures, the UK’s testing tsar on Friday admitted that the number of kits being sent back was not as high as health authorities would like and said steps were being taken to increase the rate, Independent reported.

Last month, ministers faced criticism that Britain was lagging behind the rest of the world in testing. The government rapidly increased the daily number of tests, relying heavily on home-testing kits.

But home tests are counted in the government’s figures as soon as they are put in the post, meaning that if they are not being returned, many of those recorded will never have taken place.

John Newton of Public Health England, who runs the testing programme, told the Commons Science and Technology Select Committee that officials at Matt Hancock’s Department of Health had “advised” his operation to count tests in this way.

Hancock’s department struggled to meet its target of testing 100,000 people before the beginning of May, and only did so by counting a huge number of tests mailed out in one day.

On the day of the deadline alone, 40,000 kits were posted out to homes and satellite test centres. The latter are not thought to face a problem with test returns.

Asked what proportion of posted tests were actually sent back, Professor Newton told MPs he did not have a ready figure but estimated it as “more than half”.

“To begin with, a relatively... I think something like... certainly more than half. We would like to get that amount up,” he said.

“I’m afraid I don’t have that figure, but it can be provided by the programme, I’m sure,” He promised to write to MPs after the hearing to provide the figure.

The government has also been asked about test returns, and this week provided an equally vague answer.

Lord Bethell, a health minister, said in a written answer to a parliamentary question that “a majority” of home test kits are returned – again meaning more than 50 percent.

“The majority of home test kits are returned, and the ratio of kits being returned is on an upward trajectory,” he said in a written answer to another peer, declining to provide the requested figure.

The Independent has contacted both the Department of Health and Public Health England to ask for the exact figure but has not yet received a response.

In other testing confusion, the Daily Telegraph reports that tens of thousands of coronavirus tests have been counted twice. Saliva and nasal samples from the same person have been recorded as two tests, the newspaper says.

Shadow health secretary Jonathan Ashworth said of the revelation, “Ministers have already received an embarrassing slap on the wrists for their dodgy spin on testing figures. It seems they haven’t learnt their lesson. We need absolute transparency in the presentation of these figures.”