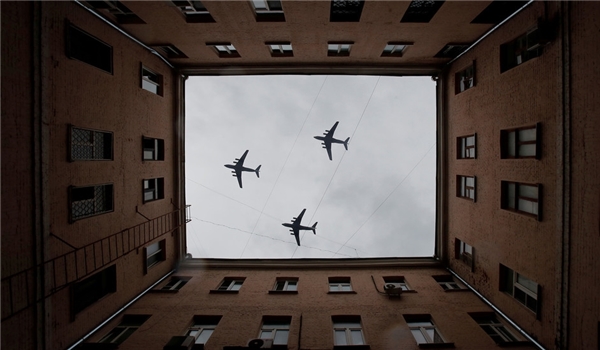 TEHRAN (FNA)- Ten European nations on Friday issued a joint statement regretting the United States' withdrawal from the Open Skies Treaty, which they consider "a crucial element of the confidence-building framework that has been created over the past decades to increase transparency and security across the Euro-Atlantic area".

"We regret the announcement by the government of the United States of its intention to withdraw from the Open Skies Treaty, although we share its concerns regarding the implementation of treaty provisions by Russia," the foreign ministers of France, Germany, Belgium, Spain, Finland, Italy, Luxembourg, the Netherlands, Czech Republic and Sweden said in the statement, Xinhua reported.

"We will continue to implement the Open Skies Treaty which has obvious added value for our conventional arms control architecture and our common security," the statement read.

"We reaffirm that this treaty remains functional and useful. The withdrawal becomes effective after a period of six months," it added.

"On matters relating to the implementation of the treaty, we will continue dialogues with Russia as previously agreed between NATO allies and other European partners in order to resolve outstanding issues such as undue restrictions imposed on flights over Kaliningrad," it announced.

German Minister of Defense Annegret Kramp-Karrenbauer told the German broadcaster n-tv on Friday that her country will make an effort to salvage the international Open Skies treaty.

"I deeply regret the US announcement on the abandonment of the treaty," said Kramp-Karrenbauer, adding that in close coordination with Germany's Foreign Office, "we will do everything we can to ensure that at the end of the day everyone will be able to stick with this contract."

The US administration revealed on Thursday its intention to withdraw from the Treaty on Open Skies, which allows its states-parties to conduct short-notice, unarmed reconnaissance flights over the others' entire territories to collect data on military forces and activities.

The Treaty on Open Skies, which aims at building confidence and familiarity among states-parties through their participation in the overflights, was concluded in 1992 and entered into force in 2002.

Currently, 35 nations, including Russia, the United States, and some other members of the North Atlantic Treaty Organization, have signed it. Kyrgyzstan has signed but not ratified it yet.