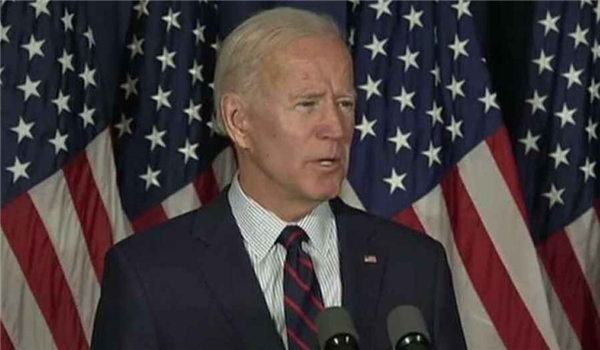 The new poll came just hours after Trump tweeted that Fox had some "real garbage littered all over the network" and was doing nothing to help get him re-elected in November.

The survey of 1,207 people showed support for Biden at 48 percent ahead of Trump's 40 percent, with 11 percent undecided or supporting someone else.

In the same poll a month earlier, the two were tied at 42 percent each.

It is the second national survey this week that showed the former vice president ahead of the president, with head-to-head polling from Quinnipiac University on Wednesday showing an 11 point split with Biden at 50 percent and Trump at 39 percent.

While Biden's lead is outside the poll's margin of error, neither candidate reached 50 percent meaning the 2020 election outcome could fall in either direction.

Trump, meanwhile, is more trusted on the economy with a three-point advantage.

In his analysis of the findings, Democrat Chris Anderson, who conducted the poll with Republican Daron Shaw, told Fox News that the result "might be the election in a nutshell".

"Trump has a slight advantage in a narrow debate about economic recovery, but a debate about coronavirus or public health more broadly benefits Biden," he said.

While Trump spent Thursday criticising Fox News, after the network's polling was released he spent the night tweeting and retweeting out polling showing his 96 percent approval within the Republican party.