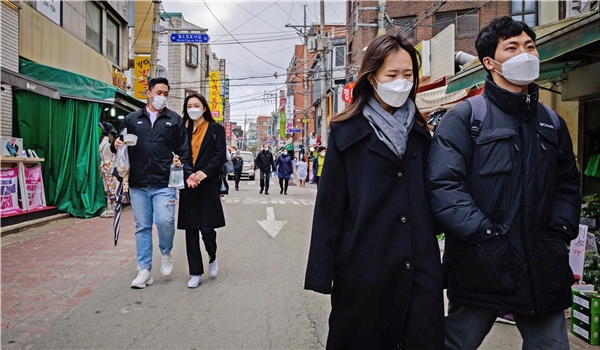 TEHRAN (FNA)- South Korea reported 23 more cases of the new coronavirus Saturday amid stepped-up efforts to slow the spread of the infections linked to nightlife spots in Seoul's multicultural district of Itaewon.

The number of new virus cases has grown over the past couple of days due to continued infections tied to Itaewon clubs and bars.

Of the 23 newly reported cases, 10 were linked to Itaewon, nine were other community infections, and four were imported cases, according to the KCDC.

Since May 6, when a 29-year-old man tested positive for the virus following his visits to multiple entertainment facilities in Itaewon, 219 cases here were connected to the man and other clubgoers as of noon.

The Southeastern city of Daegu, once the epicenter of the coronavirus in South Korea, also reported its first case linked to Itaewon on Saturday.

The country also continued to have virus patients related to a nurse at Samsung Medical Center. Three people --- two workers at bars that the nurse visited earlier and one of the employees' family members --- tested positive on the day, bringing the total related caseload to nine.

Disclosing the names of the bars and "noraebang", or private karaoke rooms, in Seoul, the authorities called on people who have visited the places to undergo a virus test even if they do not have symptoms and asked for refraining from visiting such closed venues.

"As for cluster infections, speeding up efforts to stem the spread is a must. The authorities are carrying out comprehensive testing and thorough contact tracing," Kwon stated, vowing to expedite such moves further.

The Gyeonggi provincial government extended its "no-assembly" order for entertainment facilities for another two weeks until June 7 to stem the spread of the coronavirus through such places.

The local government first imposed the administrative order on May 10, which calls for banning all such spots for adults, including clubs and cabarets. Under the order issued on the day, several other types of entertainment facilities, such as coin-operated noraebang, also had their businesses suspended.

Similar administrative measures have been in effect in Seoul and its adjacent city of Incheon following infections from those venues.

The continued spread of the outbreak put the health authorities on alert, as South Korea is gearing up for another round of school reopenings Wednesday.

Following the resumption of in-person classes for high school seniors this past Wednesday, younger students --- second grade of high schools, third grade of middle schools, first and second grades of elementary schools, and kindergartens --- are to return to class this coming Wednesday after months of delay.

"We will further beef up our national emergency response system in the runup to the planned resumption of classes," Health Minister Park Neung-hoo said during a meeting earlier in the day.

The authorities also plan to put in place a system next week to monitor and trace a mysterious illness among children that was reported in some foreign countries recently.

Several pediatric patients were suspected of having developed "pediatric multi-system inflammatory syndrome in children", or MIS-C, which may be linked to the new coronavirus, according to media reports.

The fatality rate in South Korea came to 2.38 percent, the KCDC announced, as the country has not yet reported any deaths from patients aged 29 or younger.

The total number of people released from quarantine after making full recoveries stood at 10,194, up 32 from the previous day, according to the authorities.

South Korea has carried out tests on 814,420 people since January 3, and 21,569 citizens are awaiting their test results, they announced.