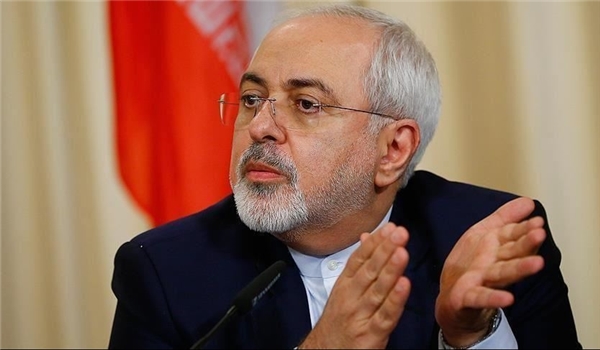 TEHRAN (FNA)- Iranian Foreign Minister Mohammad Javad Zarif said the Palestinian nation’s long resistance against Israel and its main supporter the US proves their strong resolve, and stressed that even nuclear weapons fail to break their resolve.

“The resistance of the Palestinian people has continued for 70 years, and has shown that aggression, violations of international law, and even nuclear weapons cannot end the national aspirations of an entire people,” Zarif said on Friday, addressing a webinar attended by domestic and international officials and personalities in commemoration of the International Quds Day.

He described the Quds Day as an occasion that is marked globally by all those “who believe in the cause of Palestine, in the necessity of ending Israeli aggression against the Palestinian people, in ending the most severe case of violation of human rights, the most severe case of threat against international peace and security.”

Iran’s top diplomat called Israel “the most serious threat to respect for human rights, to global peace and security, to nonproliferation, to a world free from weapons of mass destruction that has ever existed.”

He said the successive American administrations, especially the current one, were “accomplice” to all Israeli atrocities against the Palestinian people.

Donald Trump’s administration with its hugely controversial pro-Israeli scheme -- that the US president has called “the deal of century” -- has shown that those who believe that the US can be a broker for peace “were badly mistaken,” Zarif added.

He said, “This administration has reminded those Muslim governments, who continued to rely on the United States and even today disgracefully cooperate with Israel against other Muslim countries, that this is a dead end.”

However, the new coronavirus disease that is threatening all since late last year has shown that the global supporters of Israel “are not omnipotent, are not above all; their power can be undermined even by a small virus,” the top diplomat observed.

Earlier on Friday, Zarif in an Arabic message described the International Quds Day as marking the last phase of the Israeli regime's occupation and settlement in Palestine.

"Quds Day is the day for the revival of the Palestinian rights, and end of occupation and settlements," Zarif wrote on his Twitter account on Friday.