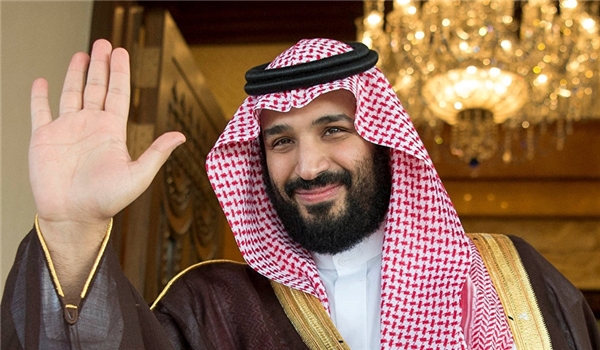 TEHRAN (FNA)- The son of a powerful former Saudi intelligence officer living abroad said members of the family are being targeted back home in a bid by Crown Prince Mohammad bin Salman (MbS) to force his father to return to the kingdom.

Saad al-Jabri, for years one of Saudi Arabia's leading intelligence officials, has been fearing for his life since moving to Canada in 2017 and has been resisting pressure from MbS to go back to the kingdom, according to a New York Times report on Thursday citing his son, Khalid al-Jabri, and associates.

Khalid told the newspaper that his brother, sister and uncle have been arrested by Saudi security forces and held incommunicado since March.

"It has been weeks and we don't know where they are," he was quoted as saying, adding, "They were kidnapped from their beds. I don't even know if they are alive or dead."

An expert in artificial intelligence, Saad held a number of top positions in Saudi Arabia and played a key role in its fight against al-Qaeda and security coordination with its ally, the United States.

His son and former US officials who worked with him say MbS wants to force al-Jabri to return to the kingdom as he fears anyone outside of his control who has access to secret information, the NY Times reported.

Gerald Feierstein, senior vice president at the Middle East Institute in Washington, DC who dealt with al-Jabri while serving as the US ambassador to Yemen, told the daily that al-Jabri was acquainted with so many sensitive issues that he would know "where the bodies are buried", and possibly unflattering information about MbS.

Al-Jabri's intelligence career came to an end following the power struggle between MbS and Prince Mohammed bin Nayef (MbN), the former crown prince. He was out of the kingdom in 2017 when MbN was replaced as heir to the throne when King Salman elevated his son, MbS, to the role and gave him wide authority to become the kingdom's de facto ruler.

MbN was put under house arrest at the time, according to reports. He was arrested in March this year, reportedly because he was complaining privately about how MbS was running Saudi Arabia.

Al-Jabri, seen as a very close ally of MbN, decided to not settle in the US despite his deep ties there because he was concerned that the administration of President Donald Trump would send him back to Saudi Arabia if MbS requested it, a person briefed on the case told the Times.

The newspaper reported when al-Jabri left Saudi Arabia, authorities began placing restrictions on two of his children who remained in the country - Sarah, 20, and Omar, 21.

They had planned to study in the US but within hours of MbS's rise to crown prince, they discovered that they were barred from leaving the kingdom, according to Khalid al-Jabri.

Their bank accounts were frozen and they were summoned for questioning and told to encourage their father to come home, he stated.

Security forces took them from their beds in their home in the capital, Riyadh, at dawn on March 16, and the family is growing increasingly worried as they have not heard from them since.

Saudi Arabia's human rights record has come under intense scrutiny following the murder of Saudi journalist Jamal Khashoggi at the kingdom's consulate in Istanbul in October 2018.

The CIA and others reportedly believe MbS ordered the killing of Khashoggi, who wrote opinion columns critical of the crown prince in The Washington Post. Saudi Arabia denies any involvement by MbS in the case.

Khashoggi's killing has changed the situation for those who once felt safe abroad, and the al-Jabri family has now hired a Washington-based lobbying firm to press for the release of the detained relatives.

Analyst Sigurd Neubauer told Al-Jazeera the detentions are tarnishing Saudi Arabia's international reputation, however, any release expected from lobbying depends on the upcoming US presidential election.

"The long game is tied to the US presidential election. In the event Joe Biden wins, I think that we can see a whole sale of releases of high profile Saudi dissidents and members of the royal family," Neubauer said.

"President Trump has personalised his relationship with Crown Prince Mohammad, and it is unlikely that any sort of lobbying will sway him in the immediate to long term. But these developments are unfortunately only adding to the already severely damaged reputation that Saudi has in the US," Neubauer added.