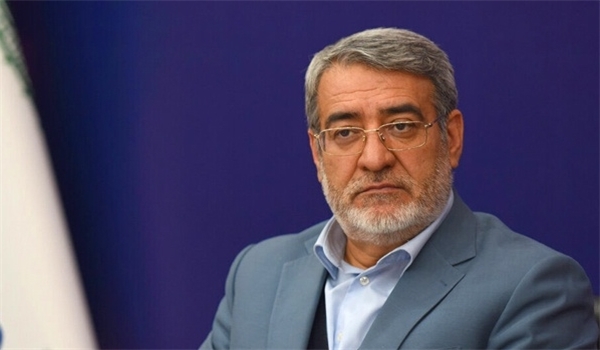 TEHRAN (FNA)- Iranian Interior Minister Abdolreza Rahmani Fazli said that the strategic plan presented by Supreme Leader of the Islamic Revolution Ayatollah Seyed Ali Khamenei on Palestine, which is based on "Resistance until a Referendum", relies on the logical principle of truth seeking.

"International Quds Day is an enduring reminder of the Islamic Revolution's legitimacy of the foundations of this great movement of the yoke of the tyrants of the time," Rahmani Fazli said in a statement on Friday.

He noted that the "cruel Zionist regime was formed with the support of the devilish regime of domination the US, and with the support of this tyrannical regime, the Zionist regime continues to live in humiliation and fear, but the Islamic Revolution goes beyond the infamous treaties of some countries and reactionary rulers and will breathe new life into the historical and eternal truth of Palestine".